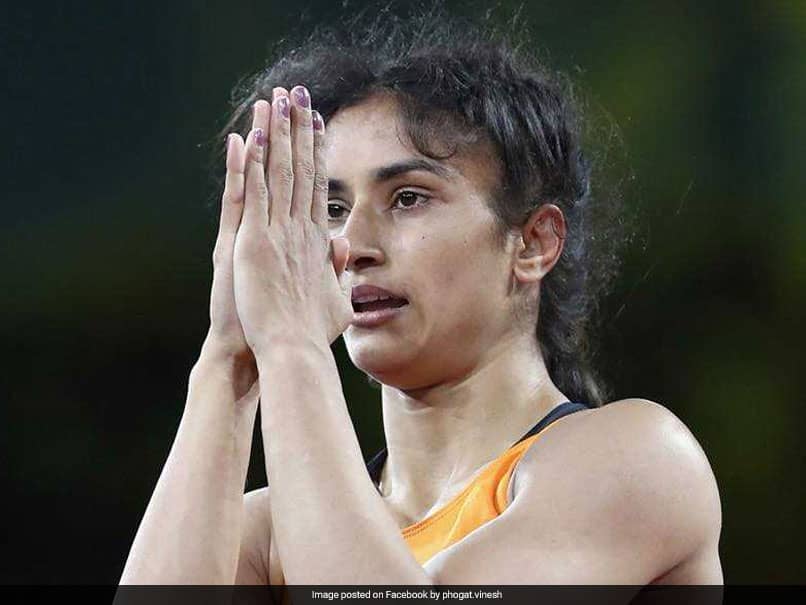 Vinesh Phogat won the gold medal and the country's fifth medal at the ongoing 2018 Asian Games on Monday. Vinesh Phogat beat Japan's Yuki Irie in Women's Freestyle 50 kg gold medal match. She is also the first female gold medal winner at the Asiad. Vinesh completely dominated the contest, taking a 4-0 lead initially before stretching it further to 6-2 to pocket the yellow metal. Vinesh Phogat hardly broke into a sweat in her earlier semi-final encounter against Daulatbike Yakshimuratova of Uzbekistan, as the referees took just 75 seconds to declare the Indian the winner by technical superiority (10-0). Vinesh, who beat Irie in the Asian Championships semi-final earlier this year, started cautiously before pinning the Japanese grappler down to take four quick points. The Indian displayed some great defence to hold on to her 4-0 lead at the end of the first three minutes. After the breather, Vinesh Phogat's defence was deemed too passive by the referee and the Indian was forced to concede a point that somehow reduced the deficit to 4-1 with 30 seconds to go. But the 2014 Incheon Asiad bronze medallist came back well to pocket two more points towards the end that saw her clinch the gold with a 6-2 margin.

First Indian female wrestler to win a gold at the #AsianGames2018! Congratulations @Phogat_Vinesh! You've made the country proud! #VineshPhogat

Congratulations to #VineshPhogat for winning Gold Medal in wrestling in #AsianGames2018 Haryana Government will honour her with Rs. 3 Crore of cash award and a job of HCS/HPS

Vinesh had earlier registered a comfortable 11-0 victory over South Korea's Kim Hyungjoo in the quarter-finals, after defeating China's Sun Yanan by technical superiority 8-2 in the 1/8 finals. But the other Indians in the fray -- Sakshi Malik and Pooja Dhanda -- failed to win their respective semi-final ties and can now hope only for a bronze.

Earlier, India's shooter Lakshay won the silver medal by finishing second in the men's trap final at the 2018 Asian Games. The 20-year-old got 43 points to finish second behind Chinese Taipei's Kunpi Yang, who equalled the world record score of 48.

Comments
Topics mentioned in this article
Asian Games 2018 Wrestling
Get the latest updates on India vs Australia Series, check out the India vs Australia Schedule for 2020-21 and Ind vs Aus live score . Like us on Facebook or follow us on Twitter for more sports updates. You can also download the NDTV Cricket app for Android or iOS.