The World Cup star is in Indonesia chasing a gold medal that would spare him a career-threatening spell of military service. 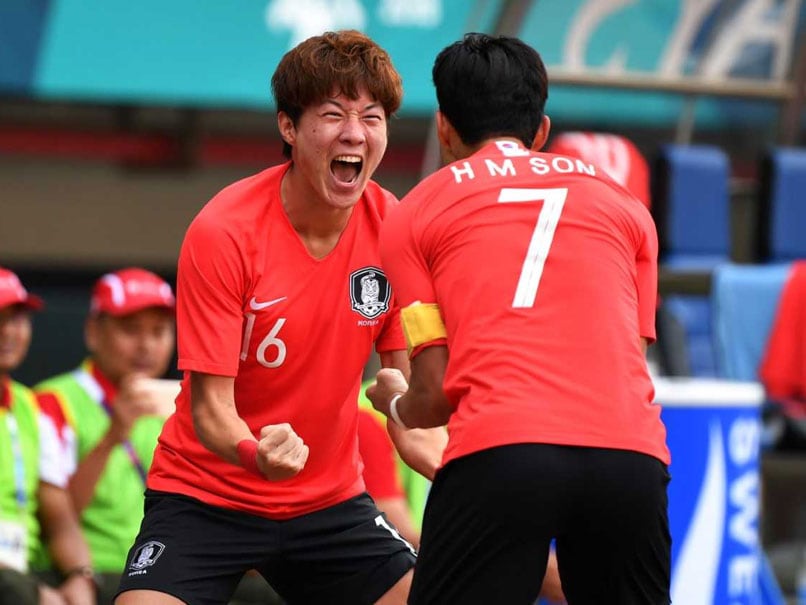 Tottenham forward Son Heung-min helped South Korea reach the Asian Games semi-finals as the defending champions beat Uzbekistan 4-3 in an extra-time cliffhanger on Monday. The World Cup star, who is in Indonesia chasing a gold medal that would spare him a career-threatening spell of military service, produced a pair of smart assists for hat-trick hero Hwang Ui-jo before a late Hwang Hee-chan penalty sent the Koreans through. While Spurs prepared to visit Manchester United in the Premier League some 7,000 miles away, Son was the driving force as the Koreans squeezed through to face either Syria or Vietnam in the last four.

The Korea captain revealed that he was supposed to take the penalty kick but that substitute Hwang Hee-chan had demanded to take it -- and Son couldn't bear to watch.

"Hee-chan said he wanted it and was confident," he told reporters. "I told him to take the kick. I didn't see where he put the penalty but I'm proud of him."

The 26-year-old Son provided a superb assist after just five minutes in Bekasi, near Jakarta.

It was the tournament's top scorer Hwang Ui-jo who hit the opener, tucking away his sixth goal of the Games after a brilliant run from Son.

But Jaloliddin Masharipov pounced on South Korea's defensive hesitation to equalise with a sharp finish after 17 minutes.

Japan-based Hwang smashed in his seventh of the competition with a dipping shot from long distance to restore his side's advantage 10 minutes before the break.

'We needed to end the match'

However, Korean hopes of advancing to the semi-finals almost evaporated in the space of two calamitous second-half minutes.

Ikromjon Alibaev fired Uzbekistan level in the 53rd minute after finding himself unmarked at the back post.

Moments later, the midfielder tried his luck from range and got a huge slice of luck as the ball took a wicked deflection off Hwang Hyun-soo and trickled into the net.

Hwang Ui-jo -- like Son hoping for exemption from military service -- struck back, latching on to a Son through-ball to complete his hat-trick with aplomb after 75 minutes.

Son then let fly with a ferocious left-foot shot that whistled past the post as the Koreans went in search of a winner in normal time.

Already booked, Alibaev was sent off for a shove early in the first period of extra time before hat-trick man Hwang missed a sitter from point-blank range.

Both teams looked out on their feet after going toe-to-toe in sapping humidity but as a penalty shootout loomed, Hwang Hee-chan triggered ecstatic scenes from the Koreans as he stepped up to blast home from the spot after a foul on Hwang Ui-jo.

"When we got to extra time, I told Son Heung-min we needed to end the match before it went to penalties," said Hwang. "I'm happy that we did.

Korea Republic Other Sports Football Asian Games 2018
Get the latest updates on ICC T20 Worldcup 2022, check out the Schedule and Live Score. Like us on Facebook or follow us on Twitter for more sports updates. You can also download the NDTV Cricket app for Android or iOS.