Saina Nehwal was beaten in straight games by Tai in the semifinals. 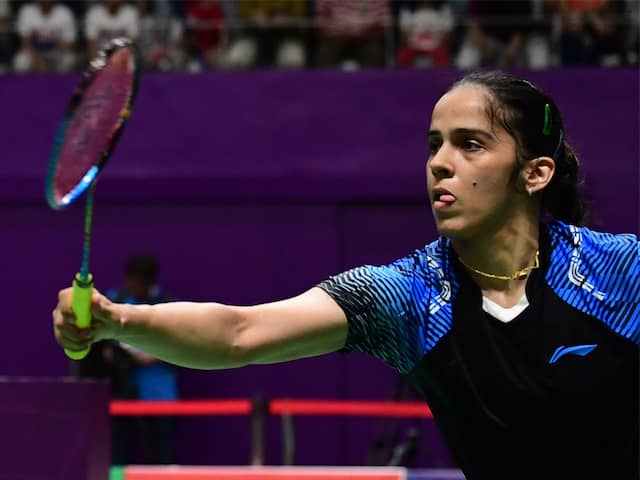 Saina Nehwal on Monday said she failed to read her rival Tai Tzu-Ying in the Asian Games 2018 women's singles semi-final. Saina Nehwal lost 17-21, 14-21 in straight games and was relegated to a bronze medal. Saina, who was unseeded at the 18th Games, said she needs to improve her movements and shots to better her game. "I need to be quicker and have smooth movements, lot more shots as well, to finish the rallies (against her). Somewhere she will catch you. Every rally is a different rally with her. Most players have set pattern but she has got a variety of shots," Saina said.

"I definitely (need) the hand speed, bit more movement and not give her the chance to play her shots. There's a special quality. She is someone who is not easy to read. Not all the coaches can read her. As a player I have tried to read but she always comes up with a new shot."

Saina Nehwal also called Tai Tzu a "complete" player and said she wouldn't rate her own performance too badly. "...you don't know where to play her and where to get the points, I was really confused there," Saina admitted.

"I played well, she played ever better...so you have to be alert there. I tried to do but she has all kind of shots, even if you put her in a difficult position, she comes out of it."

The Indian also said she did not get enough time to prepare for the Games as the event came close on the heels of a gruelling World Championships, where she was a quarter finalist.

"You have to have that game to beat her, to properly plan...but I tried. It's not like that you can't beat her. It's not impossible. You have to have a complete game because she has those deceptive shots to come out of difficult situations.

"She definitely cracks, but you need to stick on with her till the end," she insisted.

Saina said she is pleased to have won her maiden Asian Games medal in her third attempt after quarterfinal finishes in 2010 and 2014. "...this time, being unseeded, I could have faced anyone but the draw was favourable. I am happy I could get a medal. But the point is to fight with each and every player," she said.

"This tournament is as good as Olympics, just that we do not have Carolina here."

Asked about Sindhu's prospects in the final against Tai, Saina said, "It would be 50-50. Sindhu is taller and has more options to counter, she can play shots I can't."

Comments
Topics mentioned in this article
Saina Nehwal Asian Games 2018 Badminton Other Sports
Get the latest Cricket news, check out the India cricket schedule, Cricket live score . Like us on Facebook or follow us on Twitter for more sports updates. You can also download the NDTV Cricket app for Android or iOS.