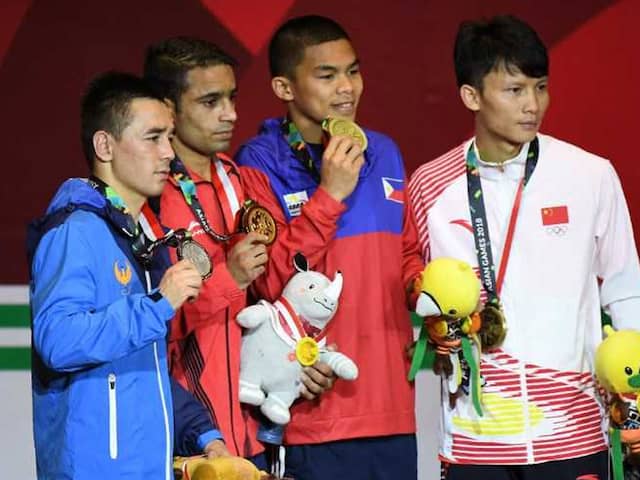 Shibhnath Sarkar talking about the win, said, "I could not sleep last night and ate only fruit in breakfast. It's tough, the blood circulation shoots up with tension, we beat China and Singapore, it's great result for us."

Bardhan, who has a construction business, said, "Bridge is more challenging than chess. It's the most competitive indoor game."

Later in the day, the Indian men's hockey team clinched a bronze medal at the Asian Games 2018. India defeated Pakistan 2-1 by a slender margin in the bronze medal play-off match.

For India, Akashdeep Singh (3rd minute) and Harmanpreet Singh (50th) were on target where as for Pakistan Atiq Muhammad (52nd) scored the lone goal.

India are now in eighth spot with a total of 69 medals (15 gold, 24 silver 30 bronze), surpassing their highest Asian Games tally of 65 medals at the 2010 Guangzhou edition.

Taking on Hasanboy Dusmatov of Uzbekistan in the final, 22-year-old Amit Panghal emerged victorious after showing a brilliant counter-attacking game against the Uzbekistan challenger. Amit, who made his debut at the Games, showed immense tactical brilliance, especially in defence to defeat his opponent.

This win marks the highest point of Amit's meteoric rise to the top, starting with an Asian Championships bronze last year. A world quarter-finalist, Amit claimed a silver in the Commonwealth Games.

Vijender Singh and Vikas Krishan were the last set of male gold-medallists for India at the Asian Games. They had won the yellow metal at the 2010 Guangzhou edition. In the 2014 Games, MC Mary Kom was the lone gold-medallist for India.