Leander Paes did not travel to Indonesia with the rest of the squad. 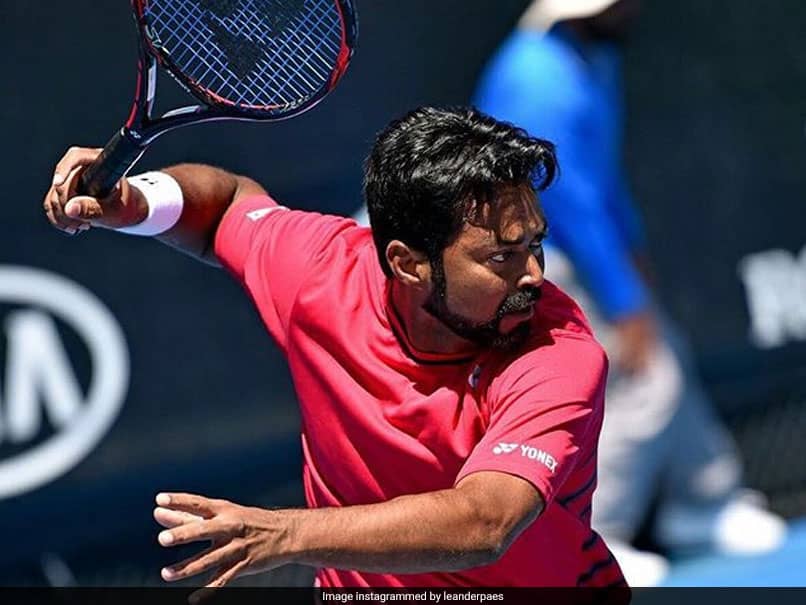 Leander Paes last played at the Asian Games in 2006.© Instagram

The Indian tennis contingent arrived on Thursday in the Indonesian city of Palembang for the 18th Asian Games that begins on August 18. However, Leander Paes' absence from the contingent has raised questions about his participation. Zeeshan Ali, the captain and coach of the men's team, too does not have any clue about Paes' arrival. "I have no idea of his arrival. Only Paes can tell you when he is coming. The last time I spoke to him he said he would play in Cincinnati and then come to Palembang. But he is not playing there also," Zeeshan told PTI.

Paes' doubles partner for the tournament is uncertain with Rohan Bopanna and Divij Sharan expected to play together. Paes, an 18-time Grand Slam champion, will either partner with Ramkumar Ramanathan or Sumit Nagal.

The 45-year-old, who last played at the Asian Games in 2006, has five gold medals to his name and would like to end his Asian Games outing on a high.

Meanwhile, Bopanna's recovery from a shoulder injury is good news for the Indian camp.

The big-serving Indian arrived with Sharan and the women's squad comprising debutants Ankita Raina and Karman Kaur Thandi, besides doubles specialist Prarthana Thombare, who won a bronze alongside Sania Mirza in Incheon four years ago.

Asked about his fitness and lack of match practice since Wimbledon, Bopanna said, "It is not an issue at all. It won't be the first time I will be coming back from an injury. I would not have been here if I wasn't hundred percent fit."

Bopanna too last played at the Games more than a decade ago and is looking forward to the next one week.

"I would have played earlier also but the 10-day schedule did not allow me to do that. Now it is a week-long thing which means I only miss one tournament and not two," said the 38-year-old.

India's singles players, Ramanathan and Prajnesh Gunneswaran, will be joining the team tomorrow and so will Nagal. "All of the women's team will be here too by tomorrow," added Zeeshan Ali.

However, it will be a tough ask for Ankita Raina and Karman Kaur Thandi in the women's singles with China's defending champion Qiang Wang and Shuai Zhang competing in the quadrennial event.

India had won five medals in 2014 including a gold, silver and three bronze.

Comments
Topics mentioned in this article
Leander Paes Rohan Bopanna Divij Sharan Ramkumar Ramanathan Tennis Asian Games 2018
Get the latest updates on India vs Australia Series, check out the India vs Australia Schedule for 2020-21 and Ind vs Aus live score . Like us on Facebook or follow us on Twitter for more sports updates. You can also download the NDTV Cricket app for Android or iOS.