Defending champions India were outplayed in the second-half and had to settle for a silver medal. 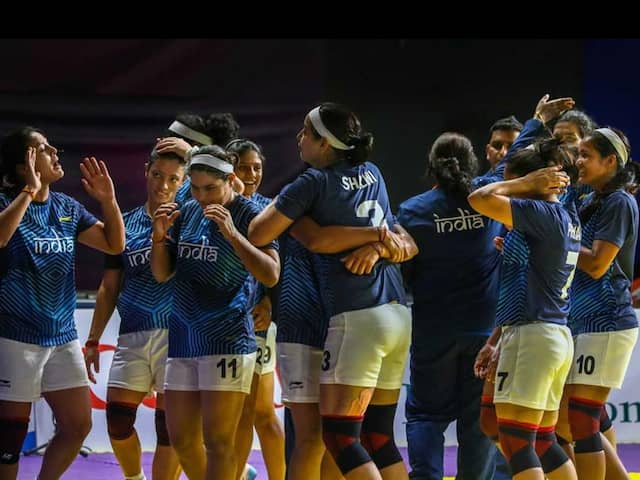 The India women's kabaddi team missed out on their third successive Asiad gold medal as they lost 24-27 to Iran in the final at the Asian Games 2018. It was also the third consecutive time when the India women's team entered the Asian Games final after clinching a gold medal at the 2010 and 2014 Asian Games each. Defending champions India were outplayed in the second half to settle for a silver medal. The Iranian women emulated thus their male counterparts, who had shocked seven-time champions India in the semi-finals yesterday. Meanwhile, Thailand and Chinese Taipei bagged a bronze medal each in the kabaddi women's team event.

In the final, India's Payel Chowdury and Sonali Shingate were effective with their raids while the defenders also handled the tackles well as the Indians raced to a 7-3 lead.

The most dangerous looking Iranian was Azadeh Saidisiahbidi but she was forced out after a successful tackle.

Randeep Kaur went for a raid after Iran's two-point raid but she was unsuccessful as Iran gradually reduced the deficit to 6-7. Randeep though made amends in the next attempt with a two-point raid, pushing India ahead 13-8.

Azadeh touched out Ritu and Manpreet and captain Payel was caught by the Iranian defenders as India led 13-11 at the end of the first half. Iran scored six points in a row to race to a 17-13 lead with an all-out.

With just two minutes to go, Sakshi Kumari earned two points with a successful raid to make it 24-25 but Iranians held their nerves to prevail.

Iran had clinched bronze in the 2010 Asian Games. Meanwhile, India had defeated Iran in the 2014 Asian Games final to grab home a gold medal.

It is the first time, both Indian men and women kabaddi teams will return home without a gold medal.

Comments
Topics mentioned in this article
Kabaddi Other Sports Asian Games 2018
Get the latest Cricket news, check out the India cricket schedule, Cricket live score . Like us on Facebook or follow us on Twitter for more sports updates. You can also download the NDTV Cricket app for Android or iOS.