Manoj Kumar will next meet Kyrgistan's Abdurakhman Abdurakhmanov in the round-of-16 on Sunday. 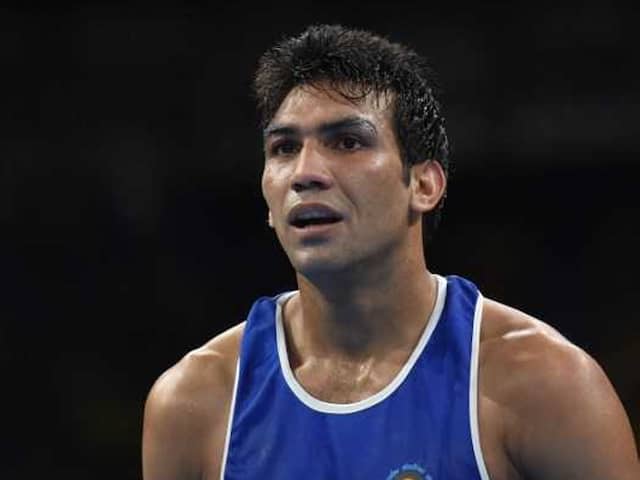 Seasoned boxer Manoj Kumar brought the smiles back to the Indian fans after Gaurav Solanki's disappointing exit, with a dominating 5-0 thrashing of Bhutan's Sangay Wangdi in the men's Welterweight (69kg) category Round-of-32 clash at the Asian Games on Friday. Manoj, the 2010 Commonwealth Games gold medallist started positively, comfortably dodging the punches from his opponent towards the end of the opening round. Manoj continued his domination in the second round getting in a few jabs before retreating. The veteran Indian brought in all his experiences of the highest level to completely outclass the Bhutanese pugilist in the final round.

The 31-year-old Manoj will meet Kyrgistan's Abdurakhman Abdurakhmanov in the round-of-16 on Sunday.

Earlier in the day, Gaurav Solanki was outpunched by Japan's Tanaka Ryomei 5-0 in the men's Flyweight (52kg) Round of 32 clash.

Solanki, the 2018 Commonwealth Games gold medallist started off cautiously before being pinned down with a straight hit on the face towards the end of the first round.

The Japanese continued his aggression in the second round but Gaurav finally managed to retaliate with a jab to the face to collect some crucial points.

In the final round, the Indian gradually ran out of steam, which helped the Japanese dominate with effective counter-punches and ensure his march to the next round.

Comments
Topics mentioned in this article
Asian Games 2018 Other Sports Boxing
Get the latest Cricket news, check out the India cricket schedule, Cricket live score . Like us on Facebook or follow us on Twitter for more sports updates. You can also download the NDTV Cricket app for Android or iOS.