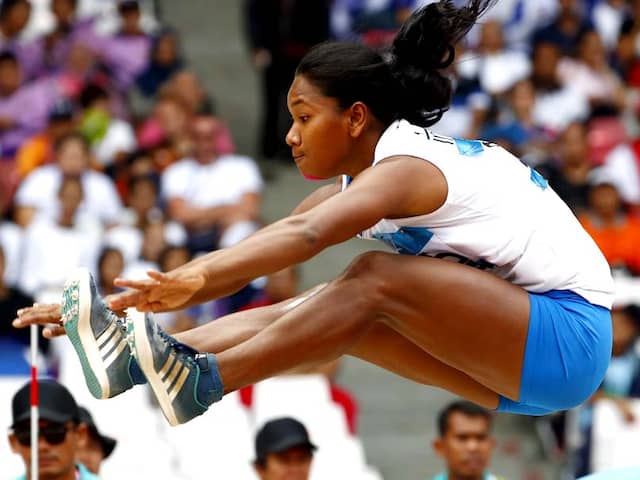 The state Athletic Association is also planning a felicitation ceremony when the 21-year-old returns around September 4.

Swapna scripted history in Jakarta on Wednesday when she achieved her personal best score of 6026 points in the seven-event competition to earn India a first heptathlon gold in Asian Games.

The golden girl defied physical and financial odds to reach the pinnacle. Swapna's father, Panchanan Barman was a rickshaw puller but has been bedridden for the last few years due to old age problems.

Swapna often had a tough time finding the right competition shoes that would fit her as she was born with six toes in both feet.

The extra width of her feet makes landing painful and shoes wear out quickly.

Swapna had finished fifth with a total of 5178 points on debut at the Asian Games four years ago in Incheon as a teenager.

She sparkled at the Asian Athletics championships last year, where she bagged the gold.