In the shared clip, a fan can be seen kissing Hardik Pandya on his TV screen after the all-rounder's match-winning six against Pakistan in Asia Cup on Sunday. 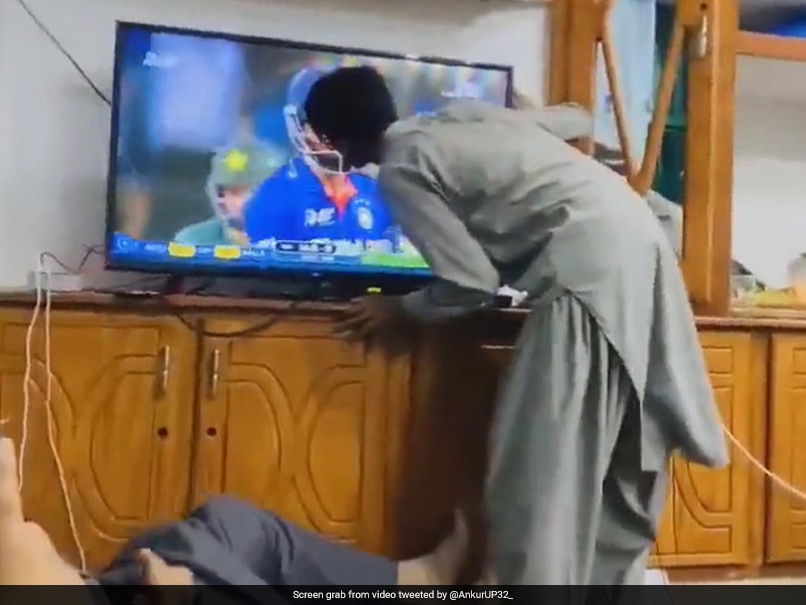 Hardik Pandya was certainly at his best on Sunday as the all-rounder helped India edge past Pakistan in a tense Asia Cup encounter. While he returned figures of 3 for 25 in his four-over quota, Hardik scored 33 not out off 17 balls to help India win the game by 5 wickets. His knock included 4 fours and one match-winning six. The thrilling contest went down to the wire with India needing six runs off the last three balls. This is when Hardik sealed the game for Rohit Sharma and company with a powerful hit over long-on for a six.

Soon after his shot, the entire Indian dressing room erupted in joy and the fans could not control their emotions. Not only the Indian fans, but those from outside India also congratulated the team for the thrilling win over Pakistan.

Many videos of the fans celebrating the win are circulating on social media but one of them is going viral due to the emotion packed in it. In the shared clip, a fan, reportedly from Afghanistan, can be seen kissing Hardik's image on the TV screen after the player's match-winning six.

Bhuvneshwar Kumar's 4 for 26 and Hardik's 3 for 25 helped India bundle out Pakistan for 147. The Pakistan bowlers fought well in the second innings of the match, but Hardik stole the show to take India home. The all-rounder used short balls beautifully to dent the Pakistan batting line-up and later showed nerves of steel to finish the game in India's favour.

Hardik Pandya Social Cricket
Get the latest updates on Fifa Worldcup 2022 and check out  Fifa World Cup Schedule, Stats and Live Cricket Score. Like us on Facebook or follow us on Twitter for more sports updates. You can also download the NDTV Cricket app for Android or iOS.