Lewis Hamilton said he will try to do two things at once -- prepare for the race and support England when they play Panama. 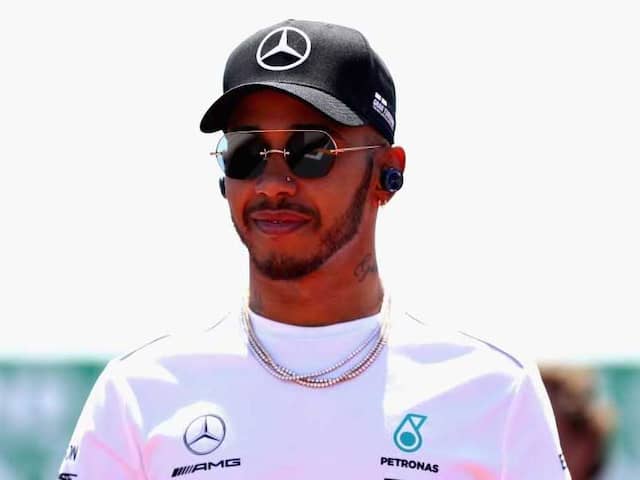 Lewis Hamilton will risk losing his focus on this Sunday's French Grand Prix by watching England play a World Cup match shortly before the race. The four-time world champion said he will try to do two things at once -- prepare for the race and support England when they play Panama. "It's going to be a little harder to focus on the race because we will be watching it," he told reporters on Thursday. "The game will be on TV here and l am sure my guys will try to keep an eye on both things at the same time -- as will I.

"Naturally, every time this championship comes around, you hope for something special to happen for England. In my lifetime it's not been great for us, but we have a good team and England deserve at some time to win the World Cup.

"And it's exciting to watch. Every time, I was driving around at home last week the games were on everywhere."

He added, "Winning the World Cup is a dream for every kid and I am privileged that I am here in F1 -- I am very proud to be a Brit! As soon as l won the world championship last year, I grabbed the flag.

"To be able to represent your country and be at the top of the sport, like we are hoping the England team will be, is an honour and a privilege -- and I am grateful for that."

Hamilton, who is the only British driver in the championship this season, may also be distracted, or even dismayed if his Mercedes team's expected engine upgrade for this race is delayed again.

"At the moment, I don't know what's happening exactly," he said. "I think I might have one of my new engines out of my three, which is good enough.

"I've been on the phone to our engine chief Andy Cowell all week and all last week -- I have absolute confidence in him and the guys."

"For sure we need to take some kind of new engine," said the Finn.

"This one is seven races old and we are very much wanting to run the new one, but we need to confirm if we can or not."

England 2018 FIFA World Cup England vs Panama, Match 30 Football
Get the latest Cricket news, check out the India cricket schedule, Cricket live score . Like us on Facebook or follow us on Twitter for more sports updates. You can also download the NDTV Cricket app for Android or iOS.