Messi has lost three finals with his national team 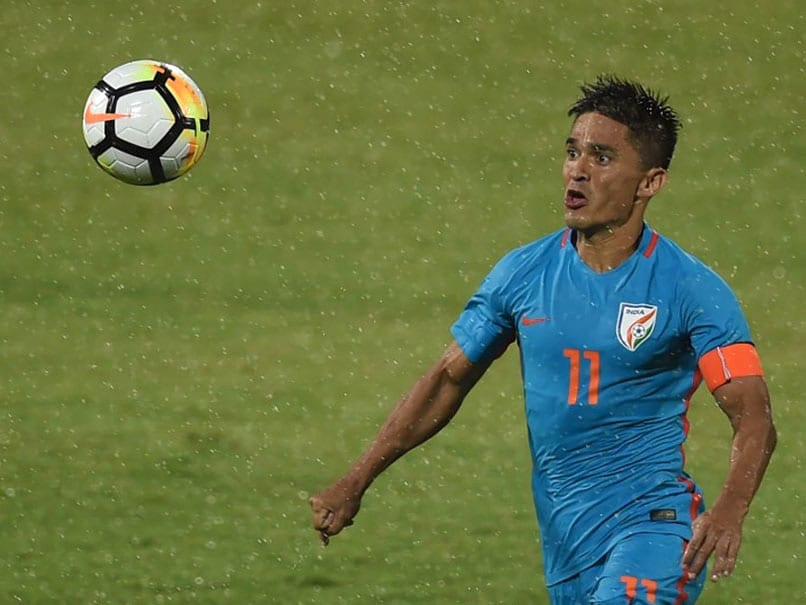 Though rating Lionel Messi as the "greatest player to have ever played the sport," Indian football team captain Sunil Chhetri on Tuesday did not pick Argentina as one of the favourites to lift the FIFA World Cup in Russia this time. "If you're asking me four good teams, I think Germany, Spain, Brazil and France look really strong," Chhetri told reporters on the sidelines of the Football Players' Association of India's (FPAI) annual awards.

"I hope some other team proves me wrong. England are dark horses, Belgium have a very good side," said Chhetri who almost singlehandedly guided India to the Intercontinental Cup triumph in Mumbai last week.

Messi has lost three finals with his national team, one in the 2014 FIFA World Cup and the other two in the Copa America.

Chhetri, who racked up eight goals in four matches, scored a brace in the final against Kenya as Stephen Constantine's charges won 2-0 at the Mumbai Football Arena.

Chhetri also equalled Messi in the number of international goals at 64.

Brushing aside "baseless" comparison with the FC Barcelona star, Chhetri said Messi deserves to win the World Cup after failing to win it in 2014 when Argentina lost to Germany in the final.

"I will be very happy if he scores. I am his fan. I don't take comparisons seriously. I don't think anyone should. These are baseless. I hope Messi scores and Argentina do well," Chhetri said.

"A lot of people say that since he hasn't won the World Cup, he is not a great player or whatever..I think he is the greatest player ever to play football. He is extraordinary.

"I just hope, for his sake, that he does well and Argentina win the World Cup."

A Spain supporter, Chhetri did not want to comment on this being Messi and Cristiano Ronaldo's last World Cup, rather putting the spotlight on midfield general Andres Iniesta who is set to don the Spanish jersey for the final time this summer.

"The team I really like to watch is Spain. I like the way they play football," Chhetri said.

"I don't think this would be Messi or Ronaldo's last World Cup. They are so fit. Let's turn our attention to Iniesta who is such a gifted footballer.This is set to be his last World Cup so let's enjoy him play," the 33-year-old added.

Asked to pick the players he would like to watch, Chhetri said he does not want to put his finger on any particular player.

"I don't want to take names. It's time to watch the best players play against each other. I think that is the whole thing of World Cup. It comes in four years. As neutrals, just enjoy it as there are so many players to watch out for."

Lionel Messi 2018 FIFA World Cup Sunil Chhetri Football
Get the latest updates on SA vs IND 2021-22, check out the Schedule and Live Score . Like us on Facebook or follow us on Twitter for more sports updates. You can also download the NDTV Cricket app for Android or iOS.