Ganguly will be keen to witness Lionel Messi magic. 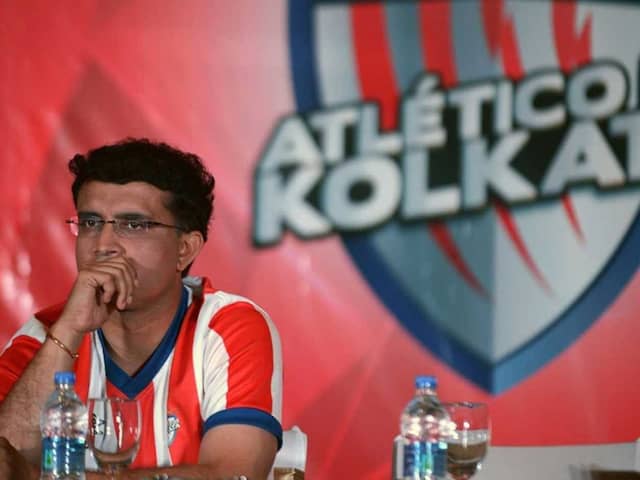 Former India cricket captain Sourav Ganguly, who is also the co-owner of Indian Super League (ISL) club ATK, coined Brazil as his favourites and highlighted that he will be keen on witnessing Argentine football superstar Lionel Messi's prolific skills during the FIFA World Cup 2018 that is slated to get underway in Russia from June 14. Meanwhile, Messi is yet to win a major trophy for his country after missing out in the final of the 2014 edition in Brazil. Argentina lost 0-1 to Germany in the summit clash. In the Copa America too, Messi failed in the final hurdle twice in back-to-back years forcing the FC Barcelona star to retire from international duty, a decision he later reversed.

"I will look forward to Messi. He's yet to win a World Cup. It's going to be a big World Cup for him," said Ganguly, who has plans to visit Russia for the summit clash.

He further picked Brazil, Argentina and Germany as the teams to watch out for in Russia 2018.

"Brazil is my favourite team but I am a fan of Messi," he conceded with a smile.

Coming to cricket, Ganguly wished Sachin Tendulkar's son Arjun, luck after the latter was selected for the India Under-19 side which will be touring Sri Lanka next month.

"Lot of best wishes to him. I have never seen him playing. I hope he does well," he said at the Eden Gardens.

"I'm very hopeful that India will win in England. The way they have played the ODI series in South Africa, if they are able to hold back the momentum they will absolutely win," he said.

England recently suffered a nine-wicket loss to Pakistan at the Lord's Test before levelling the series 1-1 at Headingley.

"India are a far better side than Pakistan. India will have the chances of winning the series," Ganguly said.

On captain Kohli bagging the BCCI's best cricketer award for two seasons, Ganguly said, "He's nearing 30 and has another six-seven years... He just has to keep playing and don't worry about anything."

To honour former president Jagmohan Dalmiya, the BCCI has rechristened four awards in remembrance of the late administrator.

"It's a great news. The proposal was put foward during the BCCI working committee meeting two years ago. We are very happy because he deserves every bit," Ganguly added.

Lionel Messi Football 2018 FIFA World Cup
Get the latest Cricket news, check out the India cricket schedule, Cricket live score . Like us on Facebook or follow us on Twitter for more sports updates. You can also download the NDTV Cricket app for Android or iOS.