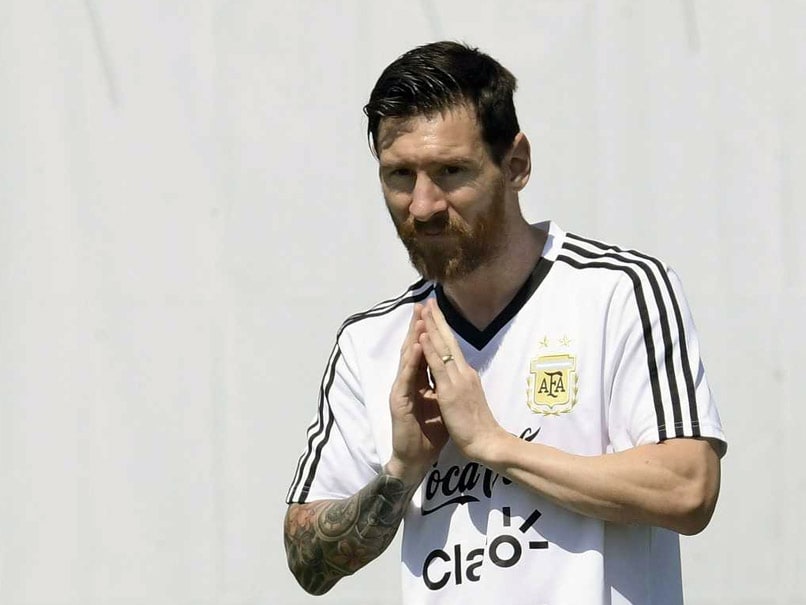 Lionel Messi, Argentina captain and Barcelona legend, is adored by football fans all around the world. Argentina's hopes are riding on him and he has shouldered that responsibility well so far, albeit a few scares and hiccups in the ongoing FIFA World Cup 2018. However, when Argentina faced Nigeria in a must-win group clash, Messi proved the doubters wrong and helped his team reach the Round of 16. Post-match, Messi revealed the secret that helped Argentina beat Nigeria. A news reporter had handed Messi his mother's lucky charm, saying that would bring the footballer good luck in the tournament going forward. The charm eventually bore fruit as Argentina edged Nigeria and Messi left the reporter in awe by telling him that he had actually taken the ribbon and used it.

Speaking to Argentine TV news program Telefe News, journalist Ramiro Pantorotto asked Messi what he did with the red ribbon his mother sent him. Messi shocked him and showed him that he had it tied to his left ankle after which Pantorotto was left speechless.

Leo was given a good luck amulet after the first game by a reporter and last night he was asked if he threw it away or something then Messi proceeds to show that he wore it all along with him and the reporter is in disbelief pic.twitter.com/4PbAqPwSVQ

Argentina appeared to have been heading for an early exit from the World Cup but Manchester United defender Marcos Rojo popped up with a brilliant volley to score the winner in the 86th minute.

Messi had put the 2014 World Cup runners-up in front early in the 14th minute. Nigeria got back to level terms after midfielder Javier Mascherano brought down a Nigeria player in the box that gave the African nation a penalty. Victor Moses converted from the spot. However, Rojo's winning goal got Argentina's World Cup campaign back on track.

Messi-led Argentina will take on France in the last 16 clash on Saturday at the Kazan Arena.

Lionel Messi 2018 FIFA World Cup Nigeria vs Argentina, Match 39 Football
Get the latest updates on India vs South Africa and check out  Schedule, Results and Live Score. Like us on Facebook or follow us on Twitter for more sports updates. You can also download the NDTV Cricket app for Android or iOS.