Diego Costa's physical presence and penalty-box prowess worked a treat for the Spanish as they ended a chaotic week with a thrilling 3-3 draw against Portugal. 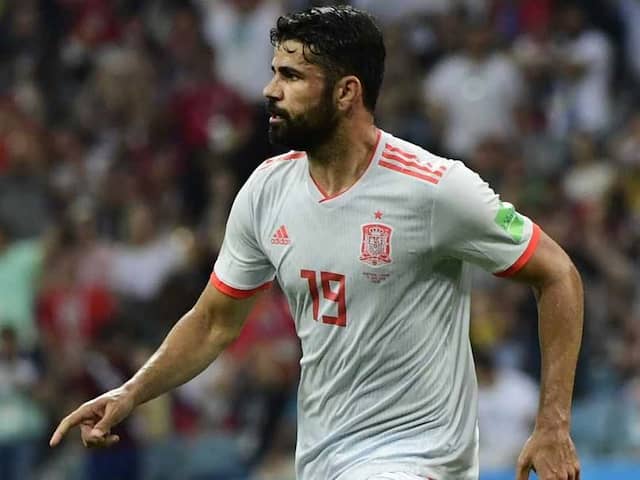 Diego Costa looked like a misfit at the World Cup in Brazil in 2014, where Spain's inability to accommodate the burly centre-forward contributed to their disastrous campaign. But on Friday in Sochi, his physical presence and penalty-box prowess worked a treat for the Spanish as they ended a chaotic week with a thrilling 3-3 draw against Portugal, Costa scoring twice. "Spain adapt to Diego Costa" was the headline in Spanish daily El Pais on Saturday, with new coach Fernando Hierro rewarded for his decision to select the Atletico Madrid man up front. The Brazilian-born Costa twice replied to Cristiano Ronaldo goals to haul Spain back on level terms on a muggy evening by the Black Sea.

His first was classic Costa, as he left Pepe on the floor -- with more than a hint of a foul -- before bursting into the area and taking his time to pick his spot low in the bottom corner.

Costa's second goal was a penalty-box effort at a set-piece, before he was taken off for the closing stages, replaced by Iago Aspas.

Spain had edged in front by that point thanks to Nacho's sweet strike but Costa could only watch from the bench as Ronaldo's free-kick completed his hat-trick and ensured a share of the spoils.

Hierro's decision to go with Costa in the starting line-up showed he was not departing from plans put in place by Julen Lopetegui prior to his shock sacking.

Lopetegui was sensationally dismissed just 48 hours before La Roja's World Cup bow after the announcement of his appointment by Real Madrid for next season.

Hierro could have opted to start Aspas, the Celta Vigo forward who netted the winner in Spain's final warm-up match against Tunisia.

But he went with Costa, who provides the bruising element in the Spain side in front of the silky trio of Isco, David Silva and Andres Iniesta.

"We felt this was a game in which Diego could really help us," said Hierro. "He did a great job wearing out the opposition centre-backs."

Costa was a handful for Jose Fonte and for Pepe -- another player born in the north-east of Brazil and now representing his adopted land.

Things did not click for Costa in 2014. He was hauled off in Spain's first two matches in Brazil, defeats against the Netherlands and Chile that precipitated a painful group-stage exit for the then reigning world champions.

Vicente del Bosque did not take him to Euro 2016 but Lopetegui succeeded in finding a role for the former Chelsea man, who has now scored eight goals in his past 10 appearances for his country, going back to the start of the World Cup qualifying campaign.

According to Diego Torres in El Pais, Costa appears to have succeeded "against the will of a very influential group in the dressing room, and perhaps, against the nature of the footballers who have defined Spain's style".

The player himself appeared after the game, saying: "It is always important to score goals. Thanks to God I managed to but it was a shame because I thought we could have won."

Costa appears certain to keep his place for Spain's second Group B game against Iran in Kazan on Wednesday.

A win there will leave them on the brink of a place in the last 16, despite all the upheaval of the past week.

Diego Costa Football
Get the latest Cricket news, check out the India cricket schedule, Cricket live score . Like us on Facebook or follow us on Twitter for more sports updates. You can also download the NDTV Cricket app for Android or iOS.