The two-time champions are in Group D and will kick off their campaign against Iceland on June 16 at the Spartak Stadium. 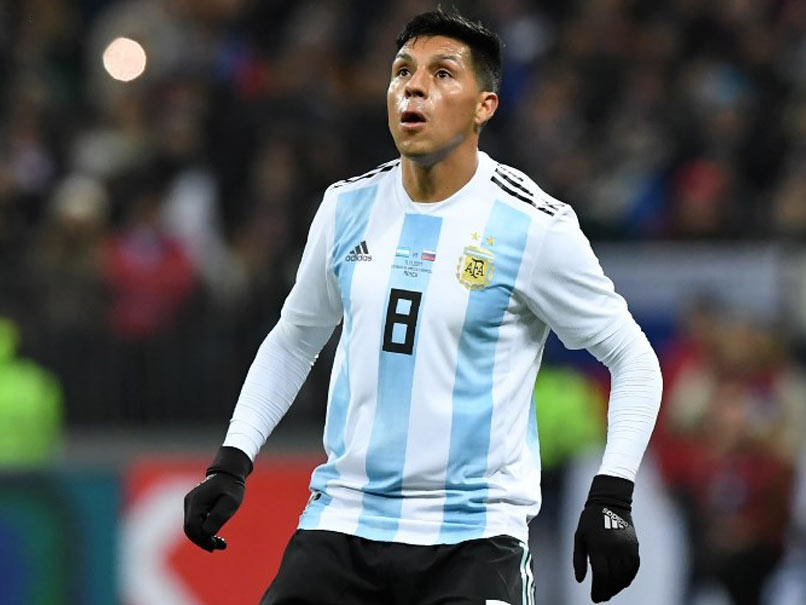 Enzo Perez, who plays for River Plate, has so far appeared 21 times for Argentina.© AFP

Argentina on Saturday named midfielder Enzo Perez as their replacement for injured Manuel Lanzini in their squad for the FIFA World Cup, starting next week in Russia. Lanzini on Friday hurt his right knee during training, ruling himself out of the World Cup. His replacement, Perez, 32, who plays for River Plate, has so far appeared 21 times for Argentina. Meanwhile, Argentina brought its stay at FC Barcelona's training ground to a close. The pre-competition stint in the city has been something of a home away from home scenario for Lionel Messi, who knows the place well through his long and ongoing career with La Liga club Barcelona, but it has been disastrous for West Ham midfielder Lanzini.

Lanzini was therefore absent from Saturday's final session led by head coach Jorge Sampaoli, which was followed by a team lunch at their hotel in Barcelona ahead of their flight to Russia, where the players will set up camp at the Bronnitsy Training Base, located some 55 kilometres (34 miles) outside Russia's capital Moscow.

A pre-World Cup friendly against Israel that was meant to be held in Jerusalem Friday was cancelled after several Argentina players received threats amid calls from Palestinian rights groups to boycott the match.

The two-time champions are in Group D and will kick off their campaign against Iceland on June 16 at the Spartak Stadium.

In the group stages of the competition, Argentina will also face Croatia and Nigeria.

Argentina Manuel Lanzini 2018 FIFA World Cup Football
Get the latest updates on ICC T20 Worldcup 2022 and CWG 2022 check out the Schedule, Live Score and Medals Tally. Like us on Facebook or follow us on Twitter for more sports updates. You can also download the NDTV Cricket app for Android or iOS.