The result had no bearing on the final Group G standings as both teams were already eliminated from the competition. 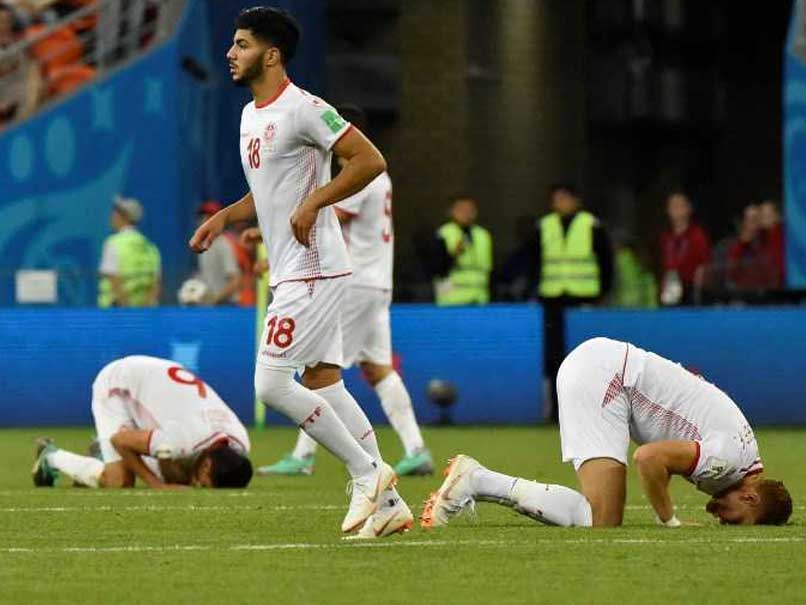 Tunisia go home with three points while Panama were last in the group with three straight losses.© AFP

Wahbi Khazri struck a second-half winner as Tunisia secured their first win in FIFA World Cup after 40 years by overcoming debutants Panama 2-1 in a Group G clash here on Thursday. Yassine Meriah gifted Panama the lead by turning the ball into his own net before Fakhreddine Ben Youssef equalized just after halftime. Khazri completed the turnaround just after the hour mark with his second goal of the tournament. The North African side's last victory in football's flagship event was a 3-1 defeat of Mexico in Argentina in 1978.

The result had no bearing on the final Group G standings as both teams were already eliminated from the competition. Belgium topped the group with nine points after their 1-0 win over England, who finished second with six points. Tunisia go home with three points while Panama were last in the group with three straight losses.

Tunisia looked the better team early but Naim Sliti and Ben Youssef both spurned chances to put their team ahead.

Tunisia continued to surge forward in numbers and Panama had captain Roman Torres to thank when he booted clear Khazri's second effort after his initial attempt was blocked by goalkeeper Jaime Penedo.

Tunisia equalised six minutes after the restart when Sliti set up Khazri on the right before the Rennes forward pulled the ball back to Ben Youssef, who stabbed a shot into the left corner.

Ben Youssef should have scored again two minutes later but sent a shot straight at Penedo when he had only the goalkeeper to beat.

Panama were under sustained attack and there was a sense of inevitability about the goal that put them behind in the 66th minute.

Oussama Haddadi began the move with a slide-rule pass from the left and Khazri was perfectly positioned at the far post to fire in his 14th international goal.

Panama 2018 FIFA World Cup Football Panama vs Tunisia, Match 47
Get the latest updates on ICC Women's Cricket World Cup 2022 and IPL 2022, check out the Schedule , Live Score and IPL Points Table. Like us on Facebook or follow us on Twitter for more sports updates. You can also download the NDTV Cricket app for Android or iOS.