Spain were held to a 1-1 draw by Switzerland in the first of their two warm-up games for the World Cup. 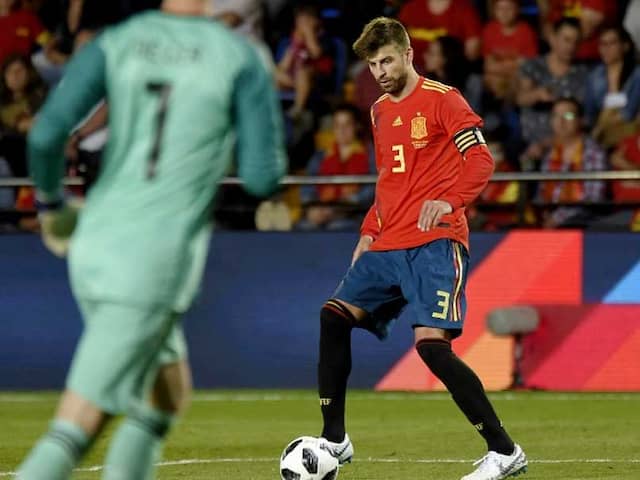 Spain were held to a 1-1 draw by Switzerland in the first of their two warm-up games for the World Cup. The Spanish, who thrashed Argentina 6-1 in March, had threatened to win at a canter when Alvaro Odriozola's 20-yard volley put them ahead in Villarreal. But the Swiss, who were second best for long periods, capitalised on a mistake by Spain keeper David de Gea, Ricardo Rodriguez tapping in an equaliser. Spain play Tunisia on Saturday, while Switzerland take on Japan on Friday, the BBC reported.

Despite fielding an experimental line-up, without any of the Real Madrid players that won the Champions League final just over a week ago, Spain remain unbeaten under head coach Julen Lopetegui.

The 51-year-old who replaced Vicente del Bosque in 2016, has won 13 and drawn six of his 19 games in charge, to retain the longest current unbeaten streak in international football.

The Spanish were held at home by the Swizz side which showed experience counts. Eight years ago Switzerland sprung a surprise by defeating Spain in Durban during the opening game of the 2010 World Cup in South Africa.

And this match followed a similar script. Spain dominated possession and chances but ultimately were denied the victory that their performance merited.

Fielding three of the survivors of the squad that recovered to win their next six matches to become World Champions for the first time, the Spanish rapidly took control.

Two of that trio, Andres Iniesta and David Silva orchestrated the play and Thiago Alcantara and Silva both spurned chances to score before Odriozola's goal.

While the substitutions of Silva and Iniesta - around the hour mark - loosened Spain's grip on the game, they were close to mustering a late winning goal with Nacho Fernandez hitting the post and heading wide.

The Spanish now tackle England's Group G opponents Tunisia on June 9 in Krasnodar, their base for the finals this summer.

Lopetegui's side begin the tournament against Portugal on June 15 - the first time the nations will have met since the Euro 2012 semi-final, which Spain won on penalties.

The 2010 winners then play Iran on June 20 before completing their Group B schedule against Morocco on June 25.