South Korean social media were flooded by tens of thousands of messages from fans expressing joy and astonishment over a victory that had seemed utterly implausible before the match. 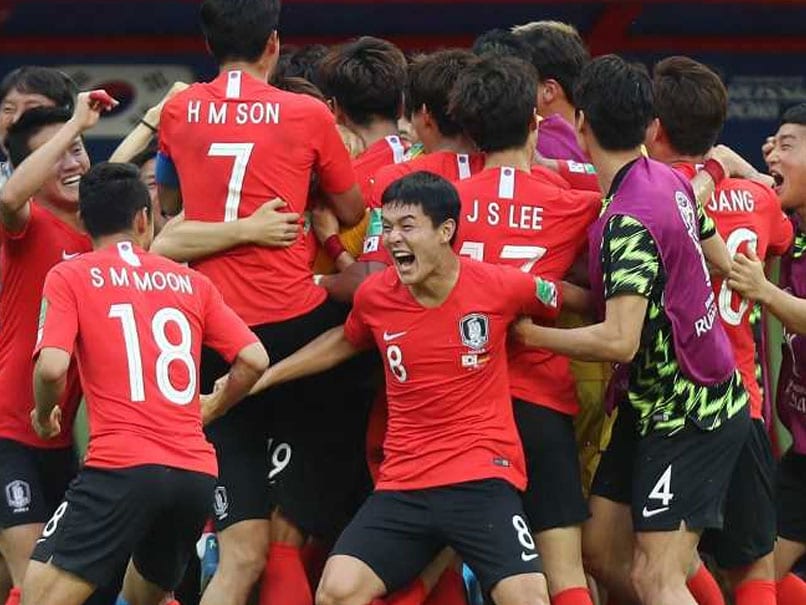 South Korean fans rejoiced on Thursday and called for national service exemptions after their team went out of the World Cup 2018 in a blaze of glory, eliminating defending champions Germany with a shock 2-0 victory. In one of the great FIFA World Cup upsets, Kim Young-gwon and Son Heung-min both scored in injury time to condemn footballing superpower Germany to their first opening-round exit in 80 years. South Korea were pelted with toffees, a Korean insult, when they returned winless from Brazil 2014 and although they again leave early, after defeats to Mexico and Sweden, they finished above Germany on goal difference in Group F.

"We didn't make it to the round of 16... but we sent the world number one packing," said a headline in Seoul's major Dong-A daily.

"We are so proud of you," the newspaper said on its front page, adding the game "shook South Korea upside down".

Germany went into the game knowing that a win by two clear goals would have seen them into the last 16. But instead it was Sweden and Mexico who advanced after the Scandinavians romped to a 3-0 win in the group's other match.

The Taeguk Warriors, semi-finalists in 2002, brought the defending champions "down with them", Yonhap news agency said, adding that Germany "unceremoniously bowed out of the tournament".

South Korean social media were flooded by tens of thousands of messages from fans expressing joy and astonishment over a victory that had seemed utterly implausible before the match.

"This is far more shocking than our advance to the semi-final at the 2002 World Cup," one commenter said.

"Who cares we won't make it to the round of 16? We defeated Germany, the world number one!" added another.

"It was an honourable exit."

"They gave us so much hope," said one petitioner. "Their talent should not be wasted in the military!"

Germany 2018 FIFA World Cup Korea Republic vs Germany, Match 41 Football
Get the latest updates on ICC Women's Cricket World Cup 2022 and IPL 2022, check out the Schedule , Live Score and IPL Points Table. Like us on Facebook or follow us on Twitter for more sports updates. You can also download the NDTV Cricket app for Android or iOS.