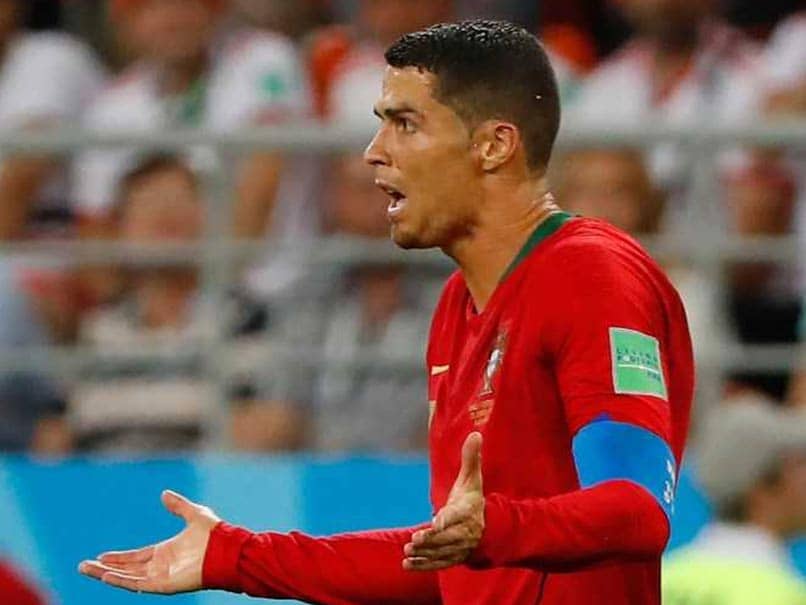 Iran held Portugal 1-1 in their final Group B match on Monday.© AFP

Iran held Portugal 1-1 in their final Group B match on Monday but couldn't stop Cristiano Ronaldo's men from entering the FIFA World Cup 2018 last 16. Iran coach Carlos Queiroz said Cristiano Ronaldo was fortunate to escape a red card despite a VAR review following an elbow in a the draw match. Portugal will face Uruguay in the last 16 after advancing as runners-up of Group B, but Queiroz insisted Ronaldo deserved to be sent off for catching Iran defender Morteza Pouraliganji with an elbow to the face.

"I don't want to talk too much, it's about my country and a player. I know it'll be a war against me," said Queiroz, who coached his native Portugal at the 2010 World Cup.

"But the reality is you stopped the game for VAR, there is an elbow. An elbow is a red card in the rules. In the rules it doesn't say if it is (Lionel) Messi or Ronaldo..."

It was a busy evening for the video assistant referee in Saransk as two penalties were awarded upon review, on top of the Ronaldo altercation.

"But now you have one system that cost a fortune. It's high-tech with five, six people inside and what happens? Nobody takes responsibilities.

"So in my opinion, Mr. Infantino and FIFA, everybody agreed that VAR is not going well," he added. "That's the reality, there's a lot of complaints."

Ricardo Quaresma struck a brilliant opening goal with a trademark curling effort using the outside of his right foot on the stroke of half-time.

Ronaldo had the chance to double the lead with a penalty five minutes into the second half after he was upended by Saeid Ezatolahi, but his effort was save by Iran goalkeeper Ali Beiranvand.

Portugal defender Cedric was then penalised in stoppage time for a handball, and Karim Ansarifard converted from the spot to give Iran a lifeline.

Mehdi Taremi nearly snatched a dramatic winner after a deflected shot rolled into his path, but he fired into the side netting as Iran were eliminated in agonising fashion.

Ronaldo cut a frustrated figure after failing to add to his four-goal tally at the Mordovia Arena, suffering the same penalty misfortune as Lionel Messi earlier in the competition.

"I understand, it's normal. The best players in the world face that when there isn't an opportunity to really make it happen," said Portugal boss Fernando Santos.

"That hurts a lot more to them than to other players. They always want to win. They want to be the best and refuse to fail, and when they fail they get very upset."

Santos said he thought the referee made the right decision in terms of the Ronaldo flashpoint.

"No I wasn't concerned (about a red card), it seemed liked a normal thing in the match. The referee did what he had to do.

"He went to the VAR twice or three times, he considered two penalties and one yellow card. I'd have to watch it again to talk about it, but I think the VAR did its job."

A late equaliser from Iago Aspas that earned Spain a 2-2 draw with Morocco pushed the European champions down into second place.

"To us what is important is to be in the last 16 and we want to carry on in this tournament," Santos said.

"Uruguay have high quality and top-notch players. They're excellent but Portugal are too and we're going to try and find a way to win."

Cristiano Ronaldo 2018 FIFA World Cup IR Iran vs Portugal, Match 36 Football
Get the latest updates on India vs England Series, India vs England , live score and IPL 2021 Auction . Like us on Facebook or follow us on Twitter for more sports updates. You can also download the NDTV Cricket app for Android or iOS.