Ronaldo's hat-trick was the 51st of his career, many of which were scored alongside former Real centre-back Pepe who spent a decade at the Spanish giants. 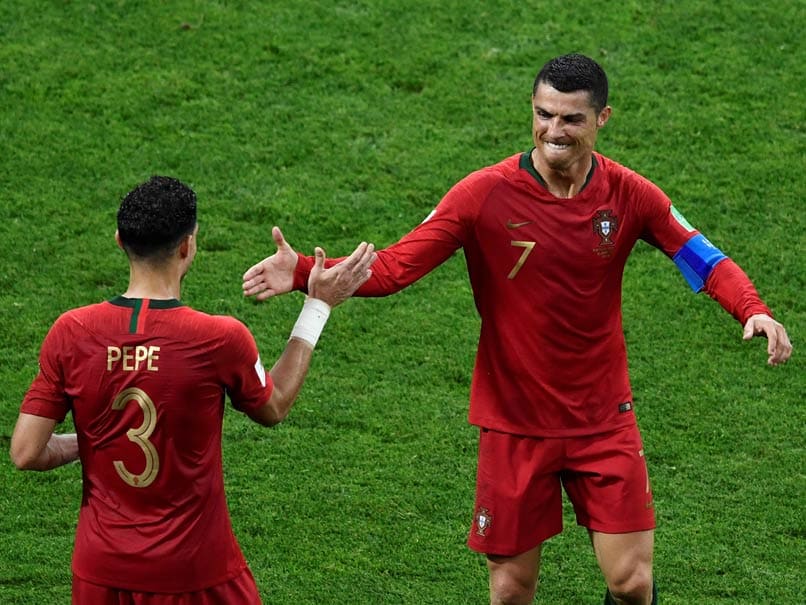 Portugal defender Pepe said it was a "privilege" for the country to have a player like Cristiano Ronaldo after the Real Madrid star's dazzling display against Spain at the World Cup. Ronaldo scored a hat-trick, including an 88th-minute free-kick, as the European champions rescued a point late on in a pulsating 3-3 draw in their opening Group B match last weekend. The 33-year-old doubled his number of career World Cup goals in Sochi, and Portugal can edge closer to a spot in the knockout phase with a win over Morocco in Moscow on Wednesday.

"The most important thing for our team is for Cristiano Ronaldo to be well," Pepe told reporters at the Luzhniki Stadium on Tuesday.

"He's very happy to be here with us and every match it's a privilege for us Portuguese to have a player such as him."

Ronaldo's hat-trick was the 51st of his career, many of which were scored alongside former Real centre-back Pepe who spent a decade at the Spanish giants.

"To me it's nothing new about Cristiano Ronaldo," the 35-year-old said. "I mean he had a fantastic match and it was very important the fact that he's so humble on the pitch and working to help the team.

"We are very happy with him and his performance and the performance of all the other players. We work with a single goal which is to honour our country and jersey."

Portugal coach Fernando Santos insisted there will be no complacency from his players against Morocco after the heavyweight battle with Spain, the 2010 World Cup winners.

"They are one of the best African squads," Santos said. "They have very experienced players who have mostly been playing in Europe.

"The team is very well-organised and know their game very well. They have always played to the best of their abilities with full intensity."

Santos stressed that relying on Ronaldo alone would not be enough to succeed.

"I hope Cristiano Ronaldo will play a great match, we're used to that almost," Santos said. "Not only in terms of the last match but his career as a whole.

"I hope he and our team are ready," he added. "The captain is a very important aspect... but I have never seen a player win a game for his team on his own."

Cristiano Ronaldo 2018 FIFA World Cup Football Portugal vs Morocco, Match 18
Get the latest updates on T20 World Cup, check out the T20 World Cup Schedule and Live Score . Like us on Facebook or follow us on Twitter for more sports updates. You can also download the NDTV Cricket app for Android or iOS.