Mikel knows Nigeria have to sharpen up in Russia if they to get through a tough group featuring Argentina, Iceland and Croatia. 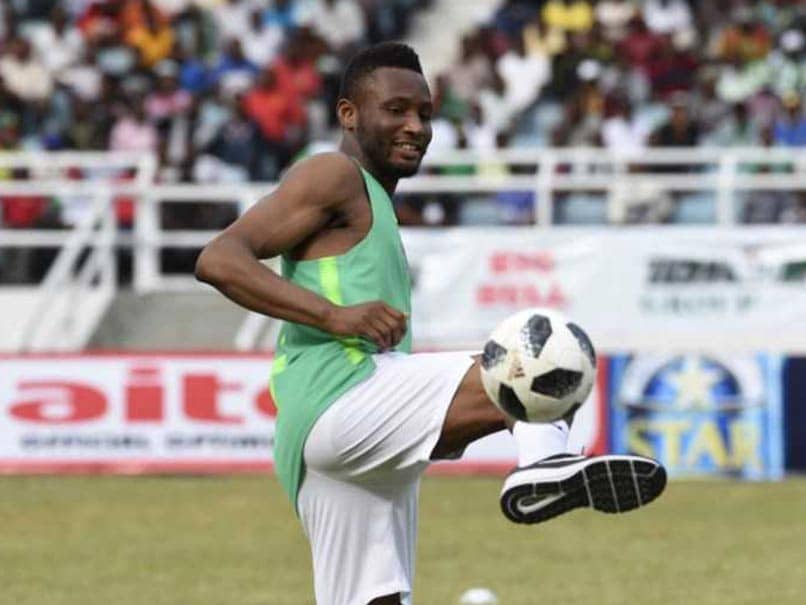 Mikel admits his side have to improve quickly if they are to make an impact at the World Cup.© AFP

Nigeria captain John Obi Mikel admits his side have to improve quickly if they are to make an impact at the World Cup. The Super Eagles lost 2-1 to England in a friendly at Wembley on Saturday. Nigeria were punished for a dismal first half display as goals from Gary Cahill and Harry Kane put England in control. Arsenal's Alex Iwobi pulled one back for the visitors after the interval, but Nigeria couldn't find an equaliser despite their improved second half performance. Mikel knows Nigeria have to sharpen up in Russia if they to get through a tough group featuring Argentina, Iceland and Croatia.

"We are a very young team and we have to learn, it is good for this young team to have a taste of what we are going to face in Russia," Mikel said.

"We have to learn together as a team, we have to improve and that is why we played this game against such a quality side.

"We can know where we are and now we go back to training and try and improve."

Coach Gernot Rohr agreed with Mikel's assessment that Nigeria have much to work on.

But the Nigeria boss blamed their slow start on fatigue caused by a difficult journey to England and rain that stopped them training the day before the match.

"The first lesson is we are not ready yet. We have to work much more in the two weeks before our first game," the German said.

"We missed totally the first half but the preparation wasn't good.

"We couldn't train on Friday because of rain, the pitch wasn't good. We arrived after a 10 hour flight, with many stops.

"In the first half our usual formation didn't work. Some of our players weren't fit and England put the pressure on us.

"This bad beginning was an opportunity to change and play a bit more like England in the second half. It was much better.

"Also we changed four players. Unfortunately we can't change four players if there is a problem in the World Cup."

"I think they have a very good chance of going all the way because the youthfulness and energy in this team... you can feel it," he said.

"I think the pace in the team, you can feel it, and that is why we had some problems in the first half.

"In the second half we corrected some mistakes and played a lot better. I think the England team have a good chance."

Nigeria John Obi Mikel 2018 FIFA World Cup Football
Get the latest updates on ICC T20 Worldcup 2022, check out the Schedule and Live Score. Like us on Facebook or follow us on Twitter for more sports updates. You can also download the NDTV Cricket app for Android or iOS.