A Luka Modric penalty and an own goal from Oghenekaro Etebo gave former semi-finalists Croatia an easy 2-0 win over Nigeria in their World Cup Group D opener. 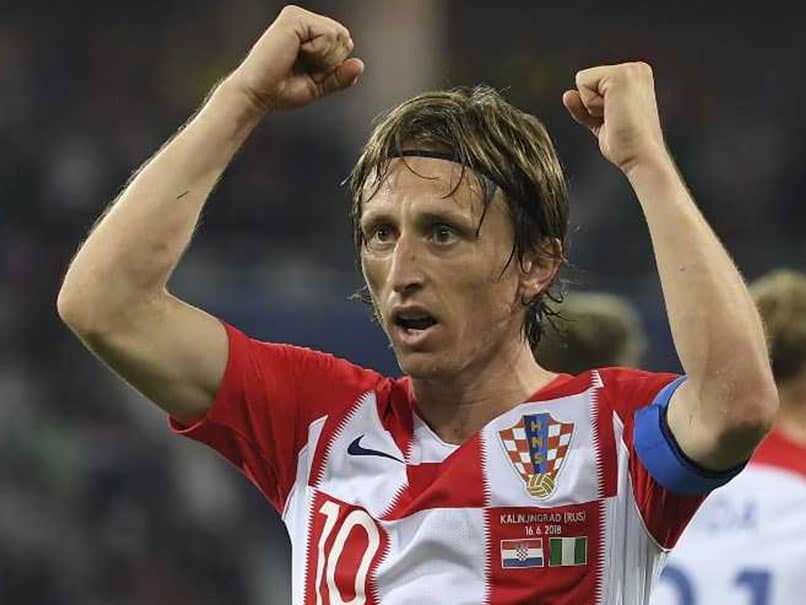 A Luka Modric penalty and an own goal from Oghenekaro Etebo gave former semi-finalists Croatia an easy 2-0 win over Nigeria in their FIFA World Cup Group D opener. In Russia's sleepy European exclave of Kaliningrad -- perhaps best known for its nuclear missile sites -- the much-hyped youngsters of Nigeria struggled to ignite against Croatia's midfield technicians. With rivals Argentina and Iceland only managing a 1-1 draw earlier in the day in Saransk, both sides had a chance to take control of Group D. Nigeria, knowing they were always likely to struggle for possession against a central one-two of Modric and Ivan Rakitic, were content to sit back and allow Croatia to come to them.

But they were rigid and well-organised, and largely restricted Modric's distribution to the flanks, where Croatia's final ball was poor.

After 10 minutes, Juventus target man Mario Mandzukic teed up Ivan Perisic at the edge of the area only for the Inter Milan forward to blaze over.

Croatia, semi-finalists at France '98, have struggled to live up to the lofty expectations borne of an embarrassment of midfield riches, and meekly lost their World Cup opener 3-1 to hosts Brazil four years ago.

There is a sense of now-or-never for the Balkans nation at this tournament, in stark contrast to Nigeria, who brought the competition's youngest squad to Russia.

Coach Gernot Rohr kept faith in 19-year-old keeper Francis Uzoho but the Deportivo stopper's first real action was picking the ball out of the net.

Just after the half-hour mark, Mandzukic, industrious in his hold-up play, chested a Andrej Kramaric cross back to Ante Rebic, whose fizzing shot was blocked. The resulting corner saw Rebic return the favour with a near-post flick on met by a diving Mandzukic.

Etebo was wrong-footed and bundled into his own net.

Nigeria responded well, with Arsenal forward Alex Iwobi's shot from a cleared free kick blocked on 45 minutes and his Premier League colleague Victor Moses shooting wide from 30 yards on the stroke of half time.

The Super Eagles had the best of the start of the second period, forcing Croatia to bat away three corners in succession, before Moses again snatched a shot wide of Danjiel Subasic's left upright.

But just as Nigeria showed some signs of life, William Ekong held down Mandzukic from a cross in the area and referee Sandro did not hesitate to point to the spot.

Modric's gilded right foot guided it to Uzoho's right side.

The Real Madrid maestro was not at his best for much of the night, but in truth he did not need to be as Nigeria looked ponderous on the ball and crucially short of big-game experience.

Despite fears pre-match, there was no reports of any racist chanting from among the near-capacity crowd.

Nigeria 2018 FIFA World Cup Luka Modric Football Croatia vs Nigeria, Match 8
Get the latest updates on India vs Australia Series, check out the India vs Australia Schedule for 2020-21 and Ind vs Aus live score . Like us on Facebook or follow us on Twitter for more sports updates. You can also download the NDTV Cricket app for Android or iOS.