Justin Timberlake got his show at The O2 Arena in London with the "Its Coming Home!" slogan 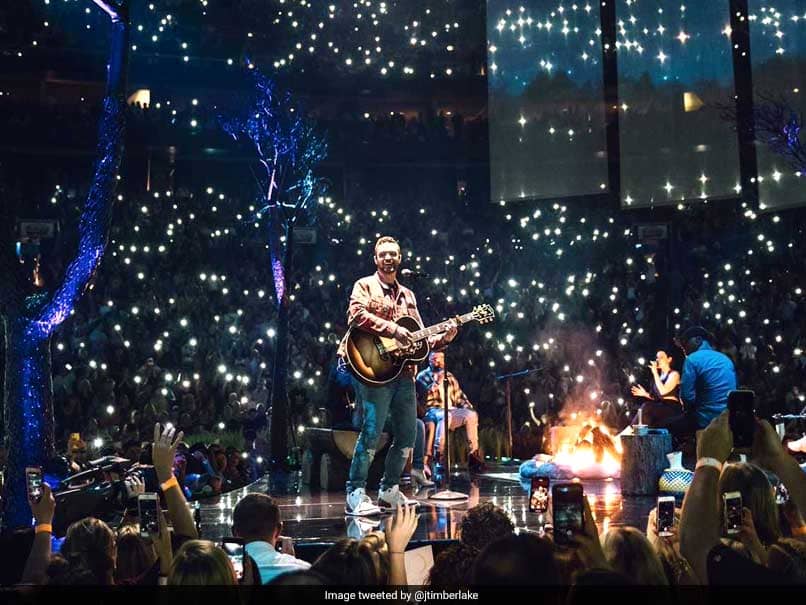 Justin Timberlake too became a part of the FIFA World Cup 2018 euphoria.© Twitter

Justin Timberlake too became a part of the FIFA World Cup 2018 euphoria that is sweeping England as their football team sets up to play the semi-final against Croatia on Wednesday. The O2 Arena in London tweeted a video of Timberlake beginning his show there with the "Its Coming Home!" slogan, which has taken England by storm as the team made its way through the FIFA World Cup Group stages, the Round of 16 and the quarter-finals and now is all set for the semi-finals against Croatia in Moscow. England has not won the World Cup since 1966, which is also the only year that the team made it to the final and everyone in the country is convinced that this would be the year when the elusive football World Cup comes home.

Just one match separates England from their first World Cup final since 1966 and Croatia from their maiden appearance in the summit clash of the mega event as the two sides set to lock horns in the mouth-watering semi-final clash at Luzhniki Stadium in Moscow on Wednesday.

As World Cup fever builds at home, England are avoiding the hype as coach Gareth Southgate prepares his team in their tranquil base near St. Petersburg for their first semi-final since 1990.

England progressed to the last four of football's flagship tournament for the first time since 1990 with a 2-0 win over Sweden on Saturday while Croatia advanced by overcoming hosts Russia on penalties.

Croatia Football 2018 FIFA World Cup Croatia vs England, Semi-Final 2
Get the latest updates on India vs England Series, India vs England , live score and IPL 2021 Auction . Like us on Facebook or follow us on Twitter for more sports updates. You can also download the NDTV Cricket app for Android or iOS.