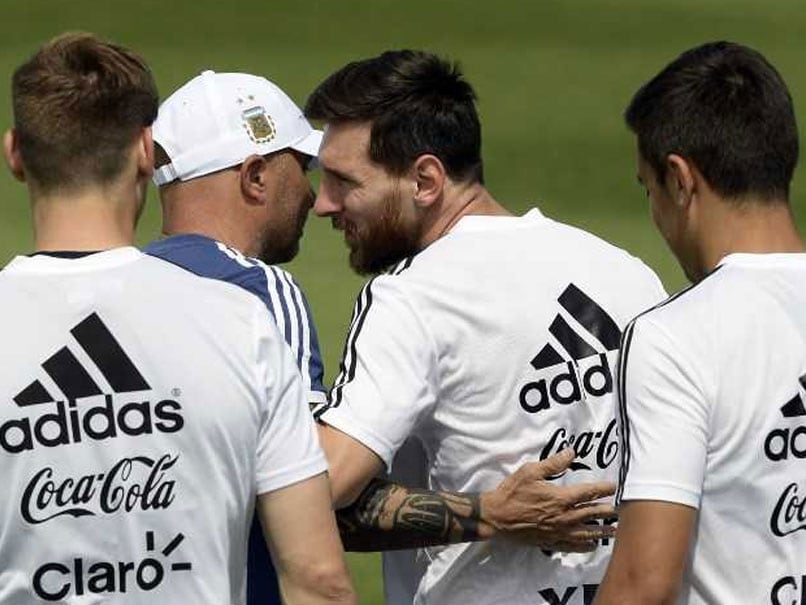 Veteran Argentina midfielder Javier Mascherano insists relations between the players and coach Jorge Sampaoli are not strained after reports of unrest within the team camp. Sampaoli was roundly criticised for his game plan following a 3-0 loss to Croatia in Argentina's second group game at the World Cup, sparking rumours the 58-year-old would be sacked during the tournament. "The relationship with the coach is completely normal," Mascherano said ahead of the must-win match against Nigeria in Saint Petersburg on Tuesday.

"Obviously, when we feel uncomfortable about something we speak with him because if we didn't we would be hypocrites."

Argentinawereon the brink of elimination after the Croatia mauling but victory against Nigeria would send them through as runners-up in Group D if leaders Croatia avoid defeat against Iceland.

"We know the situation is tricky," Mascherano said. "We have to be united, to express our opinions, and do everything possible so the team goes into the game in the best position."

Argentine Football Association (AFA) president Claudio Tapia has given his backing to Sampaoli after holding a meeting with the embattled coach on Friday, a team source revealed.

Franco Armani is tipped to replace Willy Caballero for the Nigeria clash after the Chelsea goalkeeper's blunder against Croatia, with Sampaoli, also expected to ditch his three-match defence and return to a traditional back four.

Javier Mascherano 2018 FIFA World Cup Football Nigeria vs Argentina, Match 39
Get the latest updates on IPL Auction 2023 and check out  IPL 2023 and Live Cricket Score. Like us on Facebook or follow us on Twitter for more sports updates. You can also download the NDTV Cricket app for Android or iOS.