Japan have the spirit and mentality to reach the World Cup quarter-finals for the first time in their history, believes coach Akira Nishino. 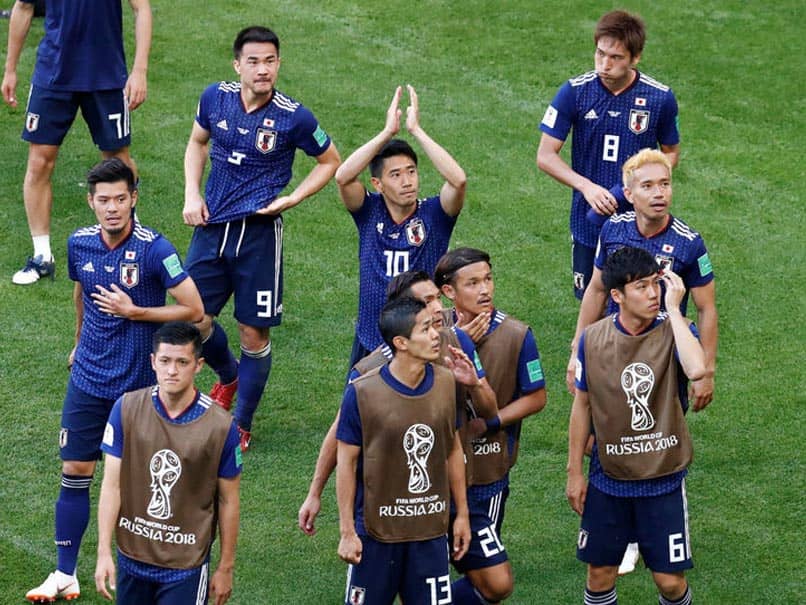 Japan will face Belgium in the World Cup Round of 16 clash.© Reuters

Japan have the spirit and mentality to reach the World Cup quarter-finals for the first time in their history, coach Akira Nishino said on Sunday ahead of his side's last-16 clash against Belgium. The Asian side have reached the first knockout round twice before -- in 2002 and 2010 -- but hope to go one better in Rostov against the highly fancied European side. "Japan had fantastic performances to reach the round of 16 (in 2002 and 2010), but those teams were exhausted by that stage, there wasn't anything left, especially in 2002," said Nishino. "This is the third time. We have been very tactical to get to this stage, especially in the third match.

"We don't have much room to manoeuvre, but we can be aggressive. We have the spirit and mentality.

"Maybe Belgium feel the tournament is starting after their three wins, but I'd like to feel we are on a par with them. We have played to our best, but the players have something more to offer."

Japan lost to Turkey in the last 16 when they hosted the 2002 finals with South Korea, then bowed out after a penalty shoot-out against Paraguay at the same stage in South Africa in 2010.

Nishino endured stinging criticism in the aftermath of their final group game in Russia, when Japan ran the clock down in a 1-0 defeat to Poland.

They squeezed into the knockout rounds at Senegal's expense because they had picked up fewer yellow cards and are the underdogs against Belgium.

Nishino, 63, has done well even to get Japan into the knockout stages, having only stepped in when predecessor Vahid Halilhodzic was sacked in April.

After a modest win over 10-man Colombia, draw with Senegal and defeat to Poland in the group stages, a win against Belgium would see him write his name into Japanese football folklore.

"I have to come up with measures and counter-measures. As a team we might have to create something," he said.

"It can't be just the sum of individual powers, otherwise we might not be able to overcome them."

"In terms of my position, I will be facing him (Lukaku) quite a lot, but I have been preparing myself mentally to face Belgium, who are a formidable opponent.

"Before this tournament started we wanted to make history, so we are going for the last eight or better. From here on, there is a lot of pressure and expectation, but we have to get the best out of ourselves."

Belgium 2018 FIFA World Cup Football Belgium vs Japan, Round of 16
Get the latest updates on IPL 2021, IPL Points Table , IPL Schedule 2021 , live score . Like us on Facebook or follow us on Twitter for more sports updates. You can also download the NDTV Cricket app for Android or iOS.