England meet Croatia in the semi-finals after ending a 28-year wait just to reach the last four by cruising past Sweden in the quarter-finals. 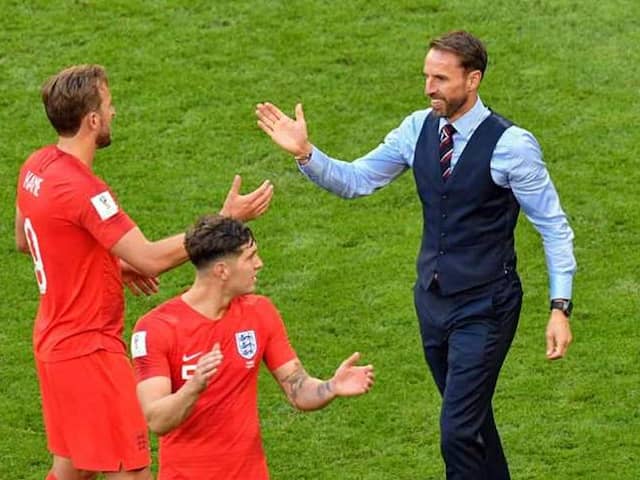 Southgate said winning World Cup 2018 would make his players even bigger heroes than the 1966 generation.© AFP

England manager Gareth Southgate says winning the FIFA World Cup 2018 would make his players even bigger heroes than the 1966 generation because of the impact of social media and the globalisation of football. England meet Croatia in the semi-finals on Wednesday after ending a 28-year wait just to reach the last four by cruising past Sweden in the quarter-finals. "I've met quite a few of those players and we know exactly how they're held and perhaps, in the modern era, that would be even crazier," Southgate told Britain's daily newspapers.

"Social media and everything else, the global thing is so much bigger."

While the England players are tucked away in a sleepy training base in the remote town of Repino, 45 kilometres (28 miles) northwest of Saint Petersburg, football fever is sweeping the nation back home.

Nearly 20 million viewers tuned in for the win over Sweden and social media is awash with videos of excited fans watching on big screens in bars and parks, fanatically celebrating every England goal.

Southgate admitted he had used the high esteem in which the 1966 team -- featuring Bobby Charlton and Bobby Moore -- are still held as an inspiration for his players.

"We've talked, touched briefly, certainly, on the team which won. How they're still held and revered," he added.

"At the beginning we were working together with the lads and trying to sell them the vision of what's possible, what we're looking to achieve in the long term."

Croatia 2018 FIFA World Cup Croatia vs England, Semi-Final 2 Football
Get the latest Cricket news, check out the India cricket schedule, Cricket live score . Like us on Facebook or follow us on Twitter for more sports updates. You can also download the NDTV Cricket app for Android or iOS.