Portugal's Adrien Silva refused to be drawn on comparisons between Cristiano Ronaldo and Argentina's Lionel Messi after their opening games at the FIFA World Cup 2018. 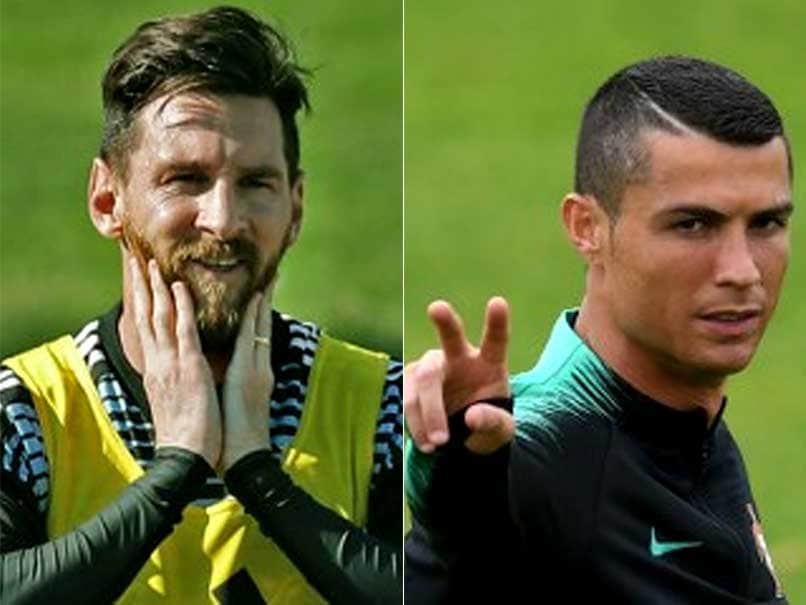 Portugal's Adrien Silva refused to be drawn on comparisons between his Ronaldo and Messi.© AFP

Portugal's Adrien Silva refused to be drawn on comparisons between his teammate Cristiano Ronaldo and Argentina's football star Lionel Messi after their opening games at theFIFA World Cup 2018. "You can't compare Messi with Ronaldo," Leicester City midfielder Silva said Sunday. "We have a leader, he's with us and he must do what he must do. He has to help us as best as he can." Ronaldo rescued Portugal with a hat-trick in a thrilling 3-3 draw with title contenders Spain, while Messi missed a penalty as Argentina were held 1-1 by tournament newcomers Iceland.

"The result was positive," Silva added.

"It wasn't the one that we expected though, but still we tried not to lose the game. That's what was most important for us. We did our best at every moment. Spaintried to change the course of the game but we resisted well so we feel good about it," he said.

Ronaldo's treble was the 51st in World Cup history and saw him become just the fourth player to score at four different editions of the tournament.

It was a clear sign of intent from a player who is dreaming of adding a World Cup winner's medal to his vast collection of honours with Manchester United, Real Madrid and Portugal.

Portugal reached the semi-finals in 2006, the closest Ronaldo has come to the title, although the finals in Russia are likely the 33-year-old's last chance at World Cup glory.

"It would be more difficult without him but he's on our side and we hope he continues to be with us, so why speculate on something like that?" Silva said.

"Apart from everything else he sets a good example for all of us to follow. Not only during the game but with how he behaves and what sort of person he is."

Lionel Messi
Get the latest updates on ICC T20 Worldcup 2022 and CWG 2022 check out the Schedule, Live Score and Medals Tally. Like us on Facebook or follow us on Twitter for more sports updates. You can also download the NDTV Cricket app for Android or iOS.