The British press made the most of Germany's elimination from the 2018 World Cup at the first-round stage for the first time since 1938. 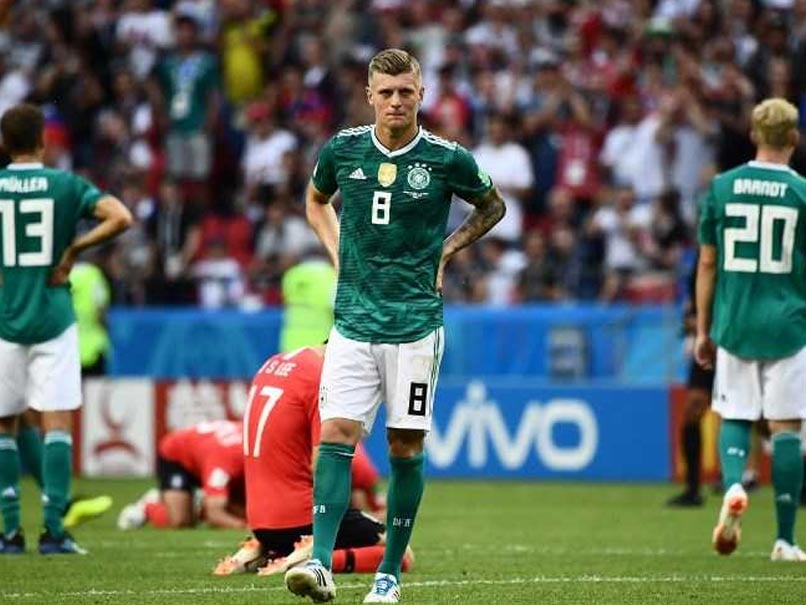 British newspapers revelled in Germany's FIFA World Cup 2018 despair on Thursday as Italy's Corriere della Sera commiserated with their plight -- mindful of the fact the Italians did not even make it to the Russia World Cup. Germany, four-time world champions, are England's historic nemesis after inflicting some painful defeats over the course of more than half a century. And the press made the most of the demise of Joachim Loew's side, eliminated from the 2018 World Cup at the first-round stage for the first time since 1938.

"Schadenfreude, noun (from the German): Pleasure derived from another person's misfortune," said the Sun's front page.

The paper -- never slow to put on a brash show of jingoism -- printed a cut-out-and-keep table showing Germany rooted to the bottom of their 2018 World Cup group, also listing several English footballing names who suffered at the hands of the Germans.

The Sun issued a rallying call for the England team, set to play Belgium on Thursday to decide who finishes top of their group: "Now come on England!"

The Mirror also banged the drum: "Come on England ... but don't mention the VAR!" above a photo of grieving German fans, while adding: "Auf wiedersehen to the worst German team in the history of the World Cup."

The Daily Mail reverted to stereotypes of Germans on holiday.

"Get your towels on a sunbed, Germans are starting their holidays early after World Cup humiliation. IT'S WUNDERBAR."

'See you at the beach'

The broadsheet press were more measured but still unsparing of Loew and his under-performing players.

"End of the world (as we know it)," said the Guardian.

The Times said: "Day the Germans just disappeared," with a photo of Son Heung-min about to shoot into the net without a single German player in the picture.

But Italy's Corriere della Sera took a softer line, saying at least the Germans could now look forward to a break.

"See you at the beach. Germany has gone out of the World Cup in the first round and, like us, they are on holiday now," it said.

"We are seeing a Germany that has slipped down to where we are. It is to be expected that old traditions and ways of doing things will be turned on their head."

Another Italian daily, La Repubblica, said the last time Germany were knocked out of the World Cup so early was in 1938.

"So we are at the lowest point, or rather the most dramatic point, in 80 years in the history of a sport played by 11 players in which the Germans always win at the end," it said.

Korea Republic 2018 FIFA World Cup Korea Republic vs Germany, Match 41 Football
Get the latest updates on ICC T20 Worldcup 2022, check out the Schedule and Live Score. Like us on Facebook or follow us on Twitter for more sports updates. You can also download the NDTV Cricket app for Android or iOS.