As dawn broke in Tokyo, Japan fans had dared to believe their team was about to make World Cup history. 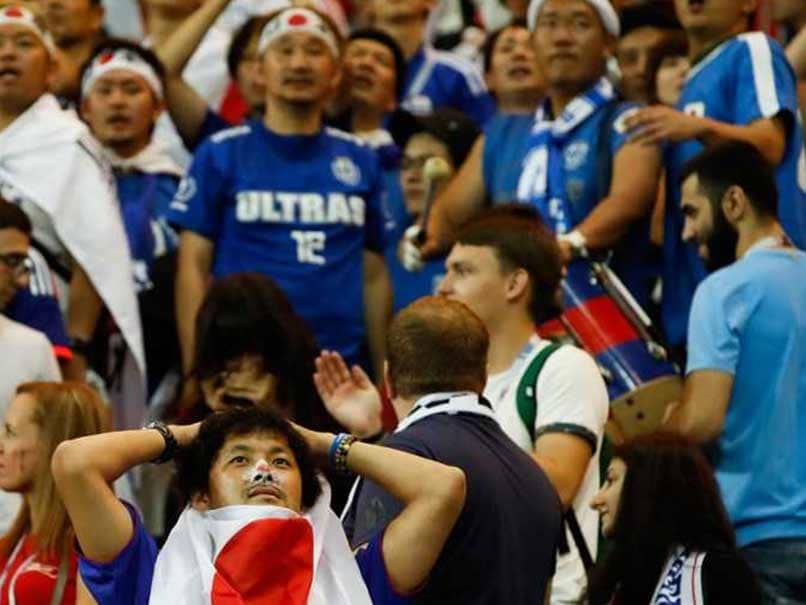 Belgium pulled off a stunning come-from-behind win to condemn a spirited Japan 3-2.© AFP

As dawn broke in Tokyo, Japan fans had dared to believe their team was about to make World Cup history. But a few short minutes later, the dream was over. At a bar in a Tokyo business district, the air went out of the room as Belgiumfound the net in extra time, scoring a third goal to seal Japan's fate. Just a short while earlier, whoops of joy had filled the pub in Tokyo's Shinagawa district as the Blue Samurai scored a second goal, defying expectations to go 2-0 up over star-studded Belgium. But when the final whistle went with Belgium winning 3-2 to end Japan's latest shot at World Cup history, fans sat in virtual silence, staring in disbelief at the screen.

"I'm so frustrated," 32-year-old Ryota Iwakiri said bitterly, trying to comprehend the sudden collapse, as others around him tried to hold back tears.

"The game was like a roller-coaster. They let us dream of a victory at one point. They really had good momentum," said Yuki Kakishita, an employee at a real estate agency.

Fans at the bar, some dressed in their team's blue strip and sporting Japanese flags painted on their cheeks, had exploded with joy when Takashi Inui scored the team's second goal.

"We were so excited when Japan took the lead. But Belgium were so tough," said Shimon Otomo, a businessman still wearing his suit and tie.

Many fans watching the game at a public screening could be seen with their head in their hands as Japan's campaign ended.

The disappointment was crushing despite the low expectations that accompanied the team into the tournament.

After several poor showings leading up to the World Cup, and an 11th hour decision by bosses to sack coach Vahid Halilhodzic, many feared Japan would not even make it out of its group.

And new coach Akira Nishino was bitterly criticised for ordering the team to run down the clock in their final group stage match, knowing a 1-0 loss to Poland would be enough to allow them to advance.

For some fans though, there was consolation to be had in the fact that the team made it so far, and got so close to an unprecedented quarter-final spot.

"We lost it, but they left everything on the pitch," conceded 23-year-old Sawa Okada.

"Japan showed people that they are competitive on the world stage," added Iwakiri.

World Cup fever has gripped Japan despite a time difference that meant Monday's match aired from 3:00am local time on Tuesday morning in Tokyo.

As the result sank in, people began to drift out of the bar, heading into the subway where early-bird commuters were already making their way in to the office.

"It was worth staying up late to watch it," said Otomo, polishing off a cocktail and straightening out his suit.

"I'll have to go straight to the office now though, time to work hard again."

Japan 2018 FIFA World Cup Football Belgium vs Japan, Round of 16
Get the latest updates on ICC Women's Cricket World Cup 2022 and IPL 2022, check out the Schedule , Live Score and IPL Points Table. Like us on Facebook or follow us on Twitter for more sports updates. You can also download the NDTV Cricket app for Android or iOS.