Yogeshwar Dutt will spearhead the Indian team, which will consist of five men's freestyle wrestlers, six Greco-Roman and six female wrestlers, and is likely to reach Astana on March 15 for the Asian Olympic Qualification tournament. 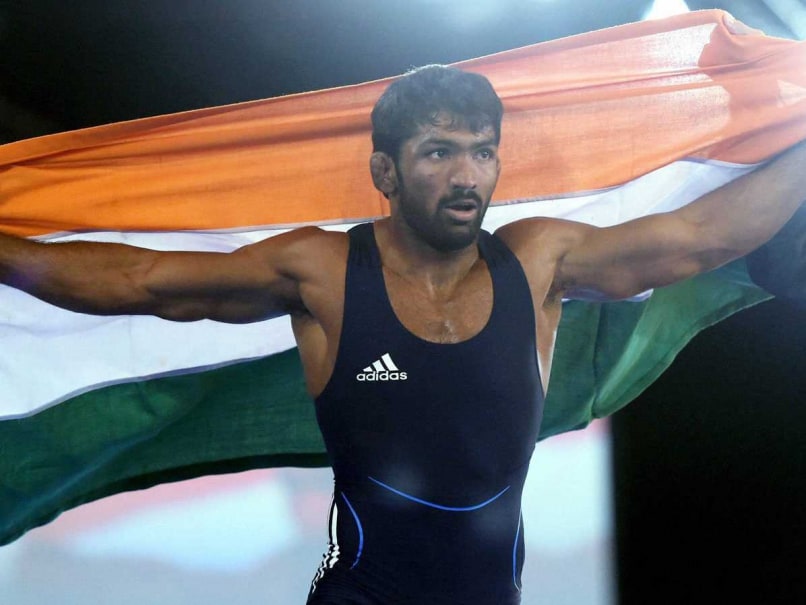 Yogeshwar Dutt will spearhead a 17-member wrestling team for the Asian Olympic Qualification tournament, to be held in Astana, Kazakhstan from March 18 to 20. (Yogeshwar Pens Poem Criticising JNU Activists)

In men's freestyle, all eyes will be on Yogeshwar to book an Olympic berth for India in 65kg category, while at least two out of four others in the fray -- Rahul Aware (57kg), Somveer (86kg), Satyawart Kadiayan (97kg) and Hitender (125kg) -- are also expected to qualify for the Rio Games.

Narsingh Yadav has already booked an Olympic berth for India in 74kg division. He was the lone Indian who qualified for the Rio Games at the last year's World Championship in Las Vegas.

London Olympic bronze medallist Yogeshwar could not fight during last year's World Championship due to an injury.

In female wrestling, Phogat sisters -- Vinesh (48kg) and Babita (53kg) -- and Sakshi Malik (58kg) stand a good chance of booking a quota place for the country in their respective weight categories.

The last Olympic qualifier -- second World Qualification tournament -- is scheduled to be held in Istanbul from May 6-8.

Comments
Topics mentioned in this article
Yogeshwar Dutt Wrestling
Get the latest updates on ICC T20 Worldcup 2022 and CWG 2022 check out the Schedule, Live Score and Medals Tally. Like us on Facebook or follow us on Twitter for more sports updates. You can also download the NDTV Cricket app for Android or iOS.