Vinesh Phogat will draw confidence from the fact that she defeated the Swedish wrestler Sofia Mattson en-route to the Poland Open title last month. 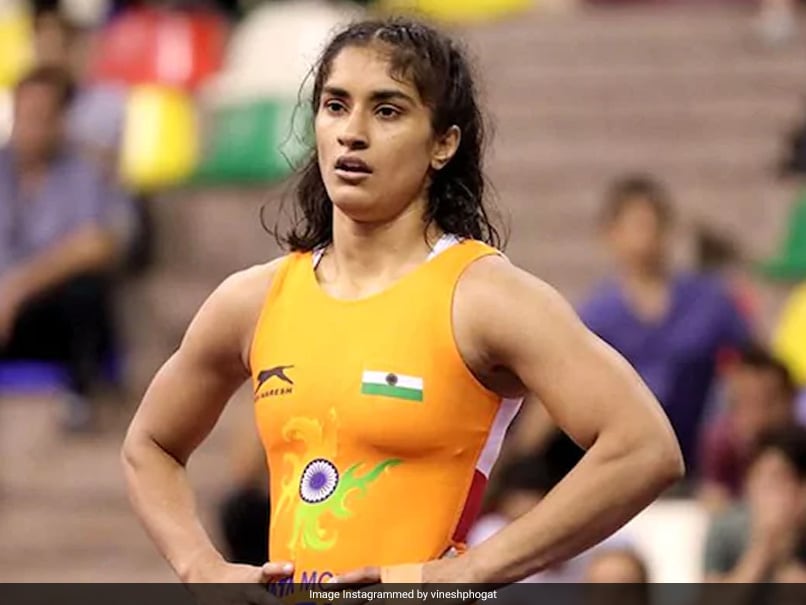 Vinesh Phogat, Asian Games gold medallist, will face Rio Olympic bronze medallist Sofia Mattson in the 53kg qualifying rounds at the World Wrestling Championships in Nur-Sultan, Kazakhstan on Tuesday. Vineshwill draw confidence from the fact that she defeated the Swedish wrestler en-route to the Poland Open title. If she is able to replicate her last month's performance, the seventh seed Indian wrestler will most likely be up against two-time world champion Mayu Mukaida of Japan in the next round. A success against Mukaida might see Vineshtaking on top seed Sarah Hildebrandt in the quarter-finals.

While Vinesh has got the better of both Mattson and Hildebrandt this season, Mukaida stopped her at the continental event in April.

Seema Bisla, who has been seeded second, is India's only hope in the 50kg weight category. Seema won a gold at Yasar Dogu 2019 Ranking Series tournament in July. Despite her second seed, Seema could possibly begin her campaign against three-time Olympic medallist Mariya Stadnik of Azerbaijan.

Seema's tough luck doesn't end here with this beacuse if she manages to edge past her opponent in the opening round, she will be either up against  European Games bronze medallist Miglena Selishka or Yasar Dagu silver medallist Ekaterina Poleshchuk.

12th seed Lalita will face Mongolia's Bat Ochir who has been seeded 13th in the weight category. A win against the Mongolian will set up a possible quarter-final showdown with America's third seed Jacarra Winchester.

Komal Bhagwan Gole, seeded sixth in the 72kg, will  be in contention for a berth in the quarter-finals when she faces off against Turkey's accomplished Beste Altug.

If she manages to overcome this hurdle, she will go against the top seed Zhamila Bakbergenova of Kazakhstan in the next round.

Comments
Topics mentioned in this article
Wrestling
Get the latest updates on SA vs IND 2021-22, check out the Schedule and Live Score . Like us on Facebook or follow us on Twitter for more sports updates. You can also download the NDTV Cricket app for Android or iOS.