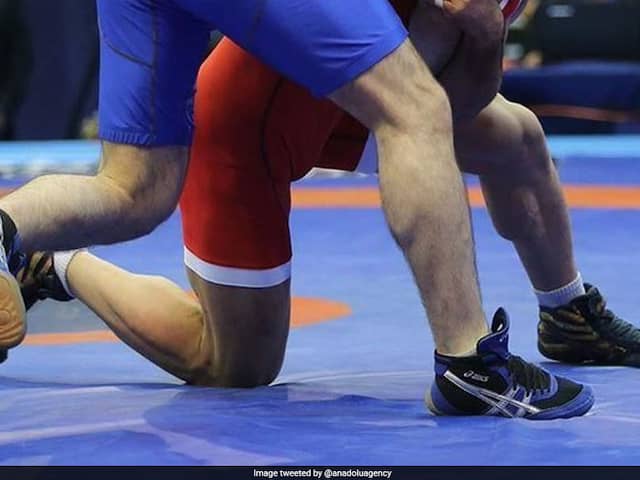 None of the four Indian Greco-Roman wrestlers in action on Saturday could win a round.© Twitter

In a dismal start for India, all four Greco-Roman wrestlers in action on Saturday exited the World Wrestling Championships without winning a single round here. Competing in non-Olympic categories, Asian Championship silver medallist Harpeet Singh (82kg), Sagar (63kg), and Manjeet (55kg) could not even score a single point in their respective bouts. Only Yogesh (72kg) resisted his American rival Raymond Anthony Bunker III before suffering a narrow 5-6 defeat. "Patience ... patience. I was not patient enough," Yogesh was telling foreign coach Temo Kazarashvili after he lost the close bout. "I have only myself to blame. I was close. If you look at the draw, I could have reached the semifinals if I had won this bout," said Yogesh.

The standard of Greco-Roman is "very poor" in India, said former world champion Kazarashvili. "It will take a lot of time to bring improvements. The system needs to change. The process has begun and you have to wait for 2-3 years to see the results," he said.

"Greco Roman is not very popular in India. India needs to find more wrestlers in this style. You have to have children picking up this style, right from the school level." In his pre-quarterfinal bout, Yogesh, who had finished fourth at the Asian Championship, lost a point due to passivity and two more to trail 0-3. Towards the end of the first period, the American pushed Yogesh out to take a healthy 4-0 lead.

Just before the end of the first minute in the second period, Yogesh earned a point and added four more with back-to-back gut-wrenches to lead 5-4. However, he lost the lead on the counter-attack by Bunker, who made it 5-5 before settling the bout in his favour by pushing the Indian out. In 82kg, Harpreet Singh was expected to put up at least a good fight but was outplayed by Petr Novak from Czech Republic.

Harpreet just pushed the shoulders and arms of his opponent to hand a passivity point to the Czech. In the second period, Novak extended his lead with a two-point throw and successfully employed a Take-down to make it 5-0.

Time was running out fast but Harpreet could not do much and conceded two more points to lose the bout by a comprehensive 0-7 margin. "I was down with fever. I could give my best today. The weight training had stopped because we came early here and it always affects. Also, I lost weight (81.4kg) because the diet is a huge issue in this city. I am a vegetarian and have been travelling for the last 25 days. I struggled to get good food," said Harpreet.

"Also, I was not good enough, I think, at this level. We have done better than the previous generation and probably the next one will do better than us." In the toughest possible draw, Manjeet was pitted against reigning world champion Eldaniz Azizli from Azerbaijan in the pre-quarterfinals. Manjeet gave his all but that was not enough as he lost by Technical Superiority.

Azizili lost his semifinal later, so Manjeet could not get a repechage round. In the 63kg, Sagar could stay on the mat only for about two minutes, losing his qualification round by Technical Superiority to local wrestler Almat Kebispayev.

The Indian lost a point for passivity and then suffered two consecutive four-points throws to make an early exit. Since Kebispayev lost his semifinal to Rio Olympic silver medallist Shinobu Ota, Sagar's championship was over.

On Sunday, three Indians will chase Olympic qualification. Manish will fight it out with Bulgaria's Devvid Tihomirov Dimitrov in 67kg while Sunil Kumar faces America's Joseph Patrick Rau in the 87kg. In 97kg, Ravi will take on Taipei's Cheng Hao Chen in his opening round.