Sonam Mailk downed Sakshi Malik for the second time in a row, this time by pinning the Olympic medallist, to make it to the Indian team for next month's Olympic Qualifiers. 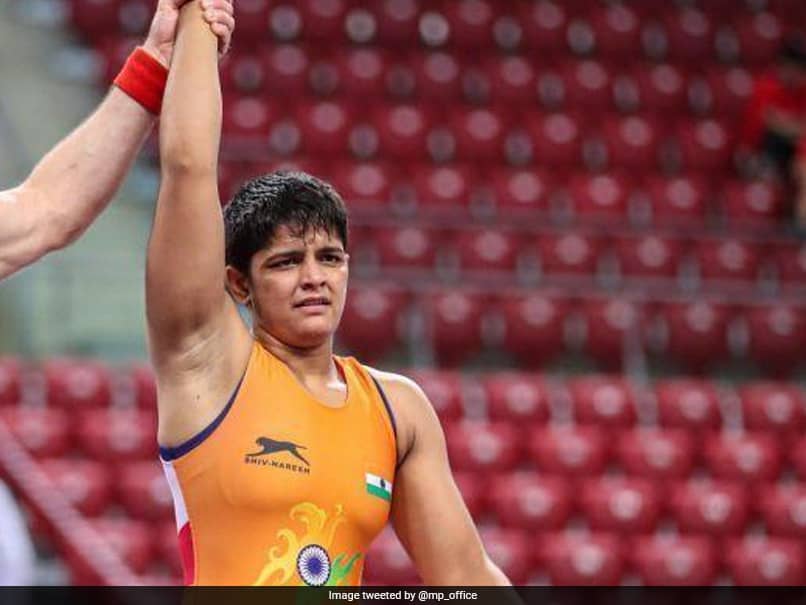 Proving her mettle yet again, young Sonam Mailk downed Sakshi Malik for the second time in a row, this time by pinning the Olympic medallist, to make it to the Indian team for next month's Olympic Qualifiers on Wednesday. Asked to re-appear in trials after not-so-strong performance at the Rome Ranking series event and the recently-concluded Asian Championships, the 18-year-old Sonam tore apart the challenge of established seniors in the 62kg competition.

She first got past Radhika and then caring little for reputations, Sonam beat the Asian Championship 59kg gold medallist Sarita Mor (3-1) in the semifinals before winning by fall against Rio Olympics bronze medallist Sakshi in the final.

She pinned Sakshi in the second period when she was trailing 1-2 and one minute left in the bout.

"Beating Sakshi by fall is a big achievement for this youngster. Sonam tired her out. And this was despite an elbow injury she had suffered during the Rome event and had not recovered completely. She even had not trained well," coach Ajmer said.

"The girls who were in the upper weight categories would have thought they will be able to dominate Sonam because she is young and inexperienced. I had told her that coming out winner in a competitive group like this would be huge and she has made us proud," he added.

Sonam had created ripples by beating Sakshi in the trials conducted at the beginning of the season when the Wrestling Federation of India (WFI) picked teams for the Rome Ranking Series event and the Asian Championships.

Sonam failed to win a medal in both the events but impressed during her fifth-place finish in New Delhi.

The WFI had made it clear that if performance of the wrestlers will not be satisfactory, it would conduct trials again and announced trials in 62kg and 76kg for women and 60kg for Greco Roman style.

Meanwhile, Kiran won the trial in 76kg. The Asian Olympic Qualifiers will be held in Bishkek, Kyrgyzstan from March 27-29. The finalists will qualify for the Tokyo Olympics.