Babita Kumari lost out on a third-place finish in 53kg division. 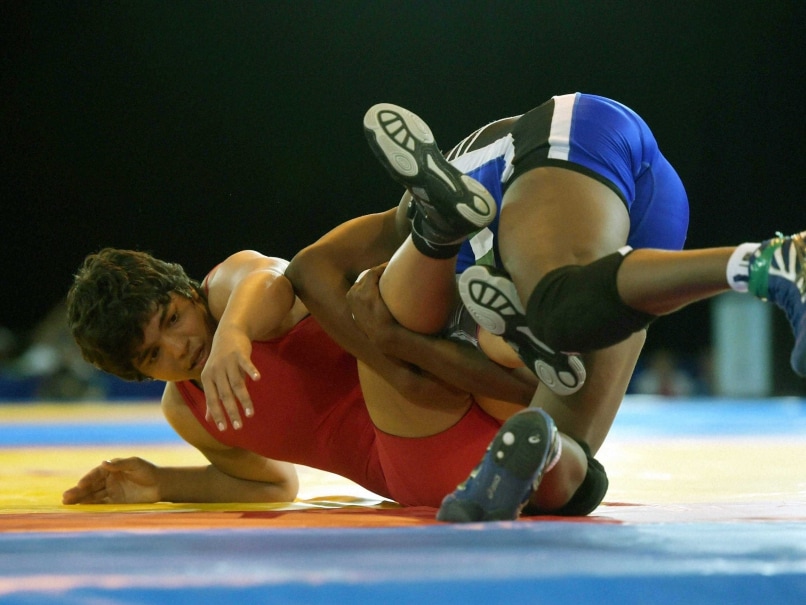 Sakshi Malik and Lalita today bagged bronze medal in Women's Freestyle 60kg and 55kg categories, respectively, even as Babita Kumari lost out on a third-place finish in 53kg division of the Senior Asian Wrestling Championship in Doha.

Lalita was defeated by North Korea's Han Kum-ok 3-9 in the semifinal but she managed to settle for a bronze medal in the end in her category.

In a total of five rounds in the 60kg category, Sakshi won two of her bouts to claim the third position. After going down to Luo Xiaojuan of China 4-5 by Fall Verdict in the first round, she came back strongly in the second to beat Munkhtuya Tungalag of Mongolia 13-0, but only to go down again, this time to Japan's Yoshimi Kayama.

In the last round, however, the Indian girl could defeat Kazakhstan's Ayaulym Kassymova 8-1 to steal the bronze. Meanwhile, fighting for a podium finish, Babita lost to Zhuldyz Eshimova-Turtbayeva of Kazakhstan 3-6 in the bronze medal play-off in a well-fought battle.

She lost the bout in last 10 seconds despite enjoying an upper hand for the most part of the fight. Earlier, Babita failed to enter the final as she lost her semifinal bout to Pak Yong-Mi of North Korea. In the semifinal bout also, she lost in the last five seconds.

But in the initial two rounds, Babita had comfortably defeated Abdy Kadyrova Elsa Kyrgyzstan by TF, 10-0 in the quarterfinal, after getting the better of Zukhra Mustanova of Uzbekistan by the same margin in the qualification round.

In 63kg division, Aneeta outplayed Choi Jiae of Korea 6-1 in the qualification round but failed to overcome the challenge from China's Zhuo Ma Xiluo, losing 0-10 in her semifinal bout to miss out on a chance to fight for the gold medal.

Aneeta, however, got another opportunity to bag a bronze but she could not defeat her Mongolian rival Enkhbayar Tsevegmid in the third-fourth place match and had to return empty handed in the end.