Edge rustled up three eliminations on his comeback before being sent packing by Roman Reigns. 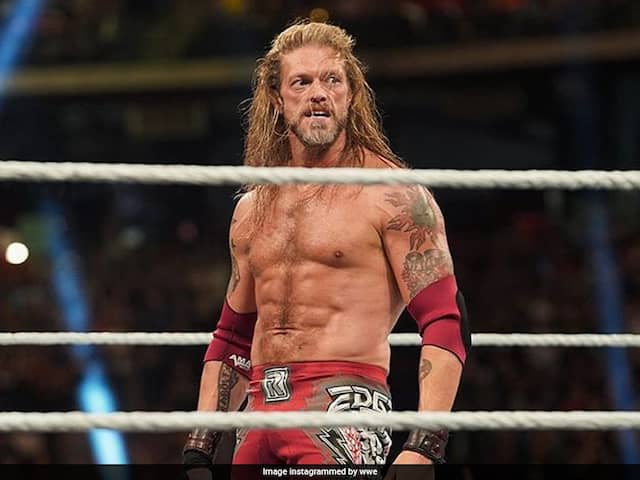 Royal Rumble -- World Wrestling Entertainment's (WWE) annual pay-per-view event held at Minute Maid Park, Houston, Texas, United States, lived up to all the hype and more than fulfilled the expectations of its fans. Royal Rumble, an event where 30 men and women enter the ring one after the another, in their respective events, is famous for shocking the fans with its surprise entries. Hence, the speculations surrounding the wrestlers who will be entering the ring is always high. On Monday, proving true to its brand, the Royal Rumble sent shockwaves among the fans as WWE superstar Edge made his in-ring return after a long gap of nine years.

Edge entered men's Royal Rumble event at the 21st position and accounted for a total of three eliminations including AJ Styles and Randy Orton, thus marking an eventful return to the in-ring action. He was eliminated by Roman Reigns.

The fans were delighted as well as shell-shocked to see their favourite superstar entering the ring after such a long gap.

In fact, many of them even posted their reactions on various social media channels.

Here is how some of the fans reacted to Edge's comeback:

Here's the video of the moment when @EdgeRatedR came out at #RoyalRumble.

My reaction to @EdgeRatedR returning in the Royal Rumble match pic.twitter.com/mNHGMDn5q7

I've already lost my voice from heckling, but when @EdgeRatedR came out I swear I think I actually teard up it's been 10 years. I didn't n ow how to react. pic.twitter.com/SISz1JNDiw

Thank you for giving everybody a moment they'll never forget. Was a pleasure ti watch you come back pic.twitter.com/cHjmIO491r

Talking about the event, the 33rd edition of the event got a new champion in both men's and women's category.

McIntyre entered the ring at 16th position and eliminated a total of five wrestlers including Roman Reigns and Brock Lesnar.