Veer Marathas won the toss and blocked Uzbekistan's Bekzod Abdurakhmonov while UP Dangal opted to keep Marwa Amri out of the equation. 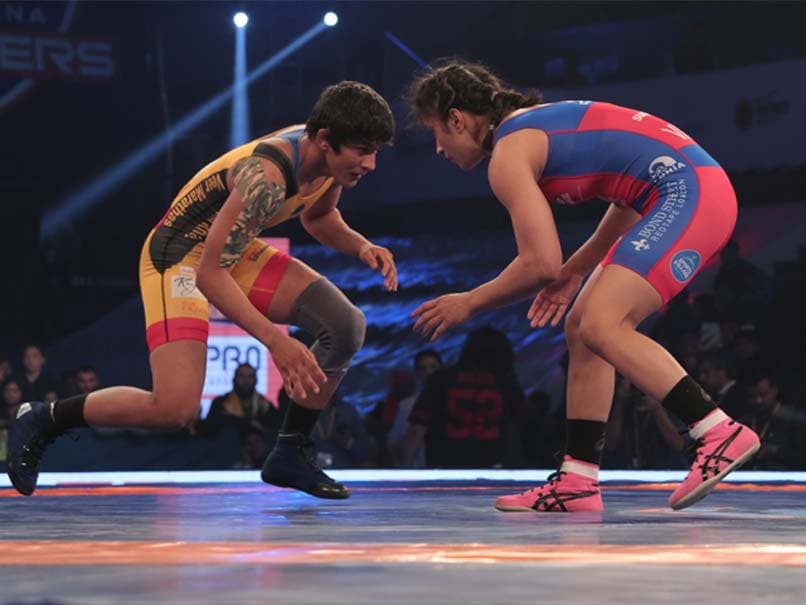 UP Dangal's icon player Vinesh Phogat and Bajrang Punia posted commanding wins to help UP Dangal beat Veer Marathas 4-3 in the Pro Wrestling League at the Siri Fort Indoor Stadium on Friday. After Vinesh put her team 3-1 up in the tie, Bajrang, the Commonwealth champion, beat compatriot Amit Dhankar 7-2 in the 65 kg category to help UP continue their unbeaten run in the tournament. Marathas' defeat all but doused their hopes of making it to the knock-out stages. In the clash between sisters, the fourth bout of the day, Vinesh played with great determination to overcome a stiff challenge from her elder sister Ritu Phogat 4-0 in the 50 kg women's competition. The win was Vinesh's fourth successive victory in the tournament.

Earlier, Veer Marathas won the toss and blocked Uzbekistan's Bekzod Abdurakhmonov while UP Dangal opted to keep Marwa Amri out of the equation.

In the first bout of the day, UP Dangal's Nithin Rathi made a great comeback to register a 7-4 victory over Shravan Kumar in the 57 kg class to help log the first point for his side.

Shravan started off well and took a 3-0 lead in the opening period. The National Championship runner-up, however, showed great determination to turn the tide and come out victorious.

In the next bout, 2017 Commonwealth champion Geeta Phogat made it 2-0 for Dangal, beating national champion Ritu Malik 5-0 in the 62 kg women's event. The win not only gave UP a huge initiative early in the duel but also saw Geeta record her first win in this edition.

Georgi Keteov of Armenia brought the Marathas back into a tie with a dominating 16-0 win through technical superiority over Vicky Chahar in the 92 kg competition.

The World Championship bronze medalist grappled with great intent and did not allow his opponent any chance as he wrapped up the contest within three minutes.