A government school in Delhi will be renamed after after its alumnus Ravi Dahiya, who won a silver medal at Tokyo Olympics in wrestling. 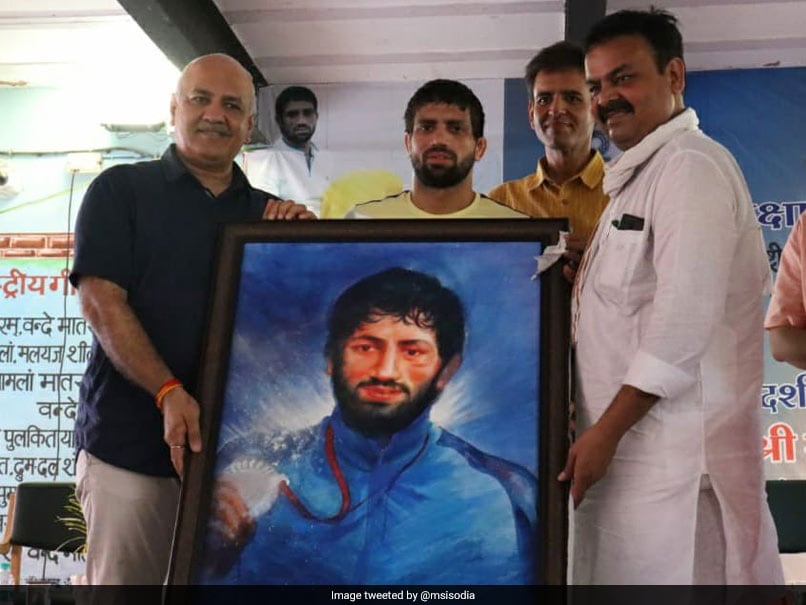 A Delhi government school in Adarsh Nagar area will now be renamed after its alumnus and Olympic medal winner Ravi Dahiya, Deputy Chief Minister Manish Sisodia announced on Tuesday. "Olympic medal winner Ravi Dahiya was today welcomed at his school in Adarsh Nagar. It was an emotional moment for his teachers. The government has decided that the school will now be named as Ravi Dahiya Bal Vidyalaya," Sisodia tweeted. Dahiya (23) made his Olympics debut in Tokyo 2020 and won a silver medal in wrestling in the 57 kg category.

Dahiya is the second Indian to get a silver medal in wrestling at the Olympic after Sushil Kumar.

Comments
Topics mentioned in this article
Ravi Dahiya Olympics 2020 Wrestling
Get the latest updates on IPL 2021, check out the IPL 2021 Schedule and Indian Premier League Live Score . Like us on Facebook or follow us on Twitter for more sports updates. You can also download the NDTV Cricket app for Android or iOS.