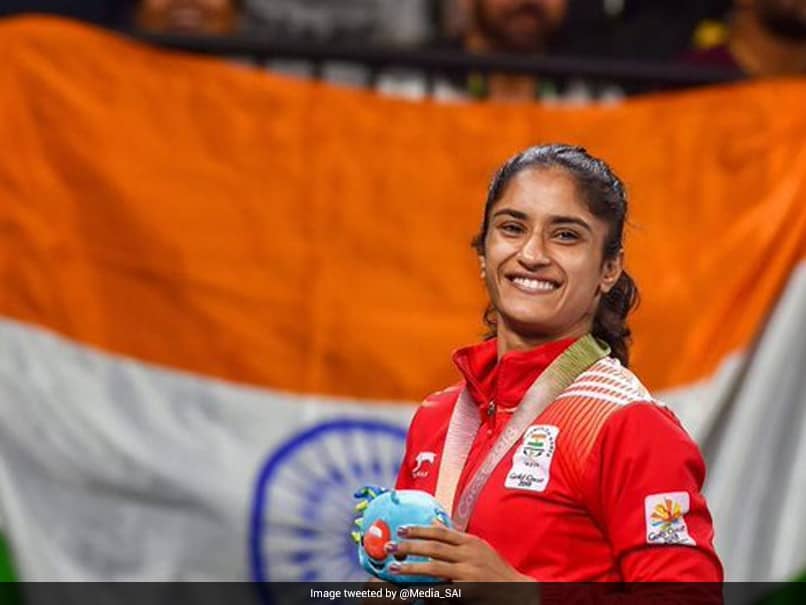 Navya Nanda, the granddaughter of Bollywood superstar Amitabh Bachchan, has time and again grabbed the attention of her online followers for all the right reasons. Be it women's empowerment or the deteriorating state of our environment, she has voiced her opinion about many noteworthy causes. On Monday, Navya, via her Instagram page, celebrated the performance of the Indian women at the Asian Wrestling Championships, before highlighting the lack of coverage given to our athletes. Navya shared photographs of Sarita Mor, Vinesh Phogat, Anshu Malik and Divya Sain in her Insta post and highlighted the achievements of these wrestlers.

"As we all watch the IPL & football leagues, let's lend our eyes to these successes too. I wanted to bring these achievements and women to light since they have not been given their due with coverage/reporting," Navya wrote.

Heaping praise on Sarita, Navya wrote, "It is a matter of GREAT pride for the country as @saritamor62 emerged as the FIRST INDIAN WOMAN to win 2 consecutive gold medals in the Asian Wrestling Championships on Thursday.

"Superstar Indian wrestler @vineshphogat wins a gold medal in the Asian Wrestling Championships, dominating a depleted field. It was her seventh podium finish at the Asian Championship," she wrote about Vinesh Phogat.

"19 year old @anshumalik57___ wins her FIRST gold medal at the Asian Championship. @divya_kakran68 emerged as the second Indian woman to secure two gold medals in the Asian wrestling championships," she added. "India now has seven medals from the women's event as we won four gold, a silver and two bronze medals in this edition."

Navya concluded her post by paying tribute to "these incredible women."

"We are watching you. We support you. And we salute you! You make us, & this entire country PROUD."