Deepak Punia said the award was "a big source of inspiration for me to keep improving and giving my best". 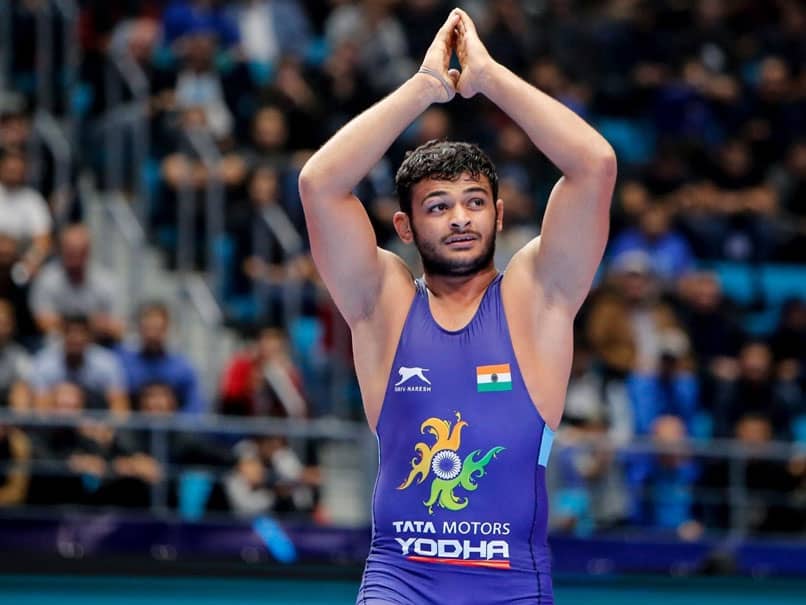 Deepak Punia made it to the final in his World Wrestling Championships debut.

World Championships silver medallist Deepak Punia added yet another feather to his cap after being named the 'Junior Freestyle Wrestler of the Year' by United World Wrestling (UWW). Punia's transition from the junior to the senior circuit has been phenomenal as he not only ended an 18-year drought to become the first Indian wrestler to win a junior world title but he also backed it up with a silver medal on his debut at the 2019 Senior World Wrestling Championships.

"I am feeling very happy. It's a great honour for me to be selected among all the wrestlers from the world over. This is really a big source of inspiration for me to keep improving and giving my best," said Punia on the rare honour.

Punia's maturity, resourcefulness and fearless on the big stage made him the only Indian wrestler to make it to the final at Nur-Sultan. An injury prevented him from taking the mat against Hassan Yazdani of Iran in the final but Punia made it a debut to remember by grabbing a highly-coveted Tokyo Olympics berth in 86kg as well.

The sterling display propelled him to the No. 1 position in 86kg in the UWW rankings and the talented teenager is leaving no stone unturned to prepare for the Olympics next year. The 2016 cadet world champion is putting in the hard yards under the watchful eyes of 2008 Beijing Olympics silver medallist and 2003 World Championships silver medallist, Murad Gaidarov brought in by the Wrestling Federation of India (WFI) and Principal Sponsor Tata Motors.

"I have been pretty satisfied with the few days of training we did so far. Gaidarov has been working hard on my weaknesses. We had worked on my ground wrestling and my speed work and I feel I am getting better," explained Punia.

"My confidence level no doubt has been steadily increasing. Now I feel more eager and motivated to give my 100% at the Tokyo Olympics next year and I am really thankful to Tata Motors for taking care of all my needs," he added.