AITA On Sticky Wicket Ahead Of Talks With ITF Security Consultants

ITF though has agreed to address AITA's concern and will ensure that its security consultants speak with them. Bhupathi will also be part of the tele-conference, scheduled for Monday. 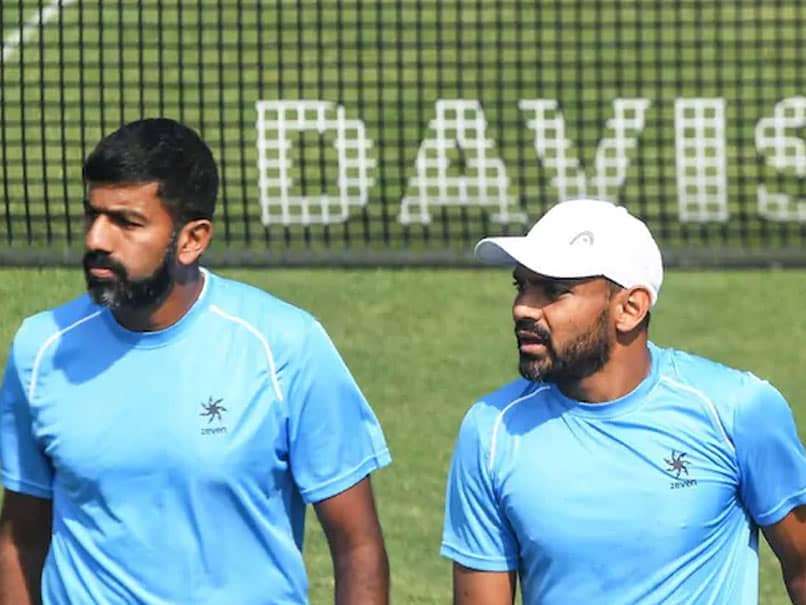 Forfeiting the tie would mean that India will be automatically relegated to the Asia/Oceania Group II.© AFP

India's tennis federation will look to convince world body ITF into changing the venue of their Davis Cup tie against Pakistan in Islamabad with team captain Mahesh Bhupathi likely to play a key role in the tele-consultation on Monday. The tie has become a matter of speculation ever since Pakistan downgraded diplomatic ties with India citing the revocation of the special status enjoyed by the Indian state of Jammu and Kashmir. India had named a full-strength team for the September 14-15 tie in Islamabad.

But after Jammu and Kashmir was turned into a union territory, Pakistan asked the Indian ambassador to leave their country, halted a goodwill train service and tried to kick up an international row by continuously issuing aggressive statements against India.

Despite the escalating tension, India's Sports Ministry made it clear that it won't interfere since it is not a bilateral series.

The All India Tennis Association (AITA) nonetheless has a tough job at hand to convince the ITF to provide a neutral venue since the World Governing body still feels that current circumstances do not demand a change in venue.

"Safety and security are the ITF's highest priority. We are working closely with the host nation and independent expert security advisors, and the ITF is satisfied with their current security assessment of the site and the security plan in place," ITF said in a statement to PTI.

"The overall security risk rating for Pakistan has not changed, but we will continue to monitor the situation closely with our advisors," added the statement.

ITF though has agreed to address AITA's concern and will ensure that its security consultants speak with them. Bhupathi will also be part of the tele-conference, scheduled for Monday.

According to the Davis Cup rules and regulations a tie can be moved out of a Nation only in a few circumstances. "A Nation with Choice of Ground may lose its choice at any time if the Davis Cup Committee considers that it is not possible or practicable for the opposing Nation to reach or play at the venue chosen for the Tie, due to (for example) an incident such as war, political unrest, terrorism or natural disaster," reads the rule 30.2.5.

In this case, India is not at war with Pakistan even though the diplomatic tensions have been high owing to Pakistan's aggressive stance. The security apprehensions remain and the players are jittery about travelling to Pakistan. However, withdrawing from the tie will affect the AITA as well as Indian Davis Cup team.

Forfeiting the tie would mean that Indian team will be automatically relegated to the Asia/Oceania Group II. It means India won't reach the World Group Qualifiers before 2022, getting pegged back by at least two years.

Whereas, if the Indian team travels to Pakistan next month and beat the hosts, it will be eligible to compete in the Qualifiers in 2020. "We are not interested in forfeiting the tie. We look forward to working with the ITF to find a solution that guarantees the safety of all the players," Bhupathi told PTI.

For AITA, it's about financial losses as well. According to the rule 62.1.2, a defaulting nation, "will be liable for all reasonable expenses incurred by the ITF, or the Final Week Organiser and the other Nation(s) participating in the Tie/Event up to the date when notice of default was received by the ITF.

Rule 62.1.3 states, it may, on application by the ITF, be subject to a fine imposed by the ITF Internal Adjudication Panel. So, it is not going to be an easy call to make if the ITF Consultants persist that the Indian team must travel to Pakistan.

AITA Life President Anil Khanna is ITF Vice President and also on the ITF Board of Directors. However, an AITA Executive member felt that Khanna is not in a position to help India's case here. "There are people from different nations on the ITF Board and if everyone starts bringing their respective nations' issues, the Board won't be able to entertain all requests," the member, who did not wish to be named, said.

There is another school of thought according to which Khanna would not want to antagonise Pakistan since ITF President elections are approaching.