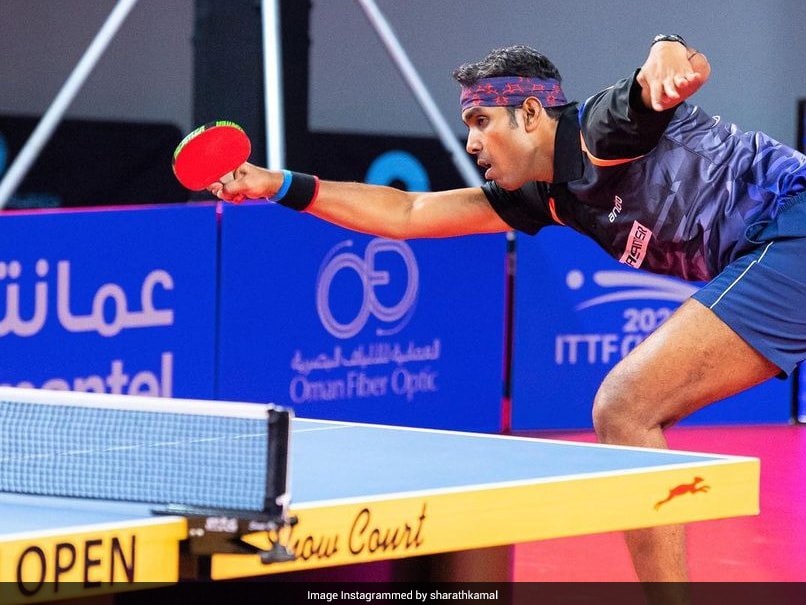 Achanta Sharath Kamal moved to the second round with a hard-fought win.© Instagram

The ace Indian paddler Achanta Sharath Kamal began the 2021 season with an impressive victory as he defeated Czech Republic's Pavel Sirucek 17-15, 9-11, 11-6, 8-11, 11-9 in the men's singles opening round at the World Table Tennis Contender Doha on Wednesday.

However, the other Indian Sathiyan Gnanasekaran, who also secured a direct entry into the main draw alongside 2006 Commonwealth Games champion Sharath, suffered 11-7, 11-4, 11-8 loss at the hands of World No. 20 Aruna Quadri in the Round of 32.

The World No. 32 Sharath, who was up against an international opponent for the first time since the COVID-19 pandemic, struggled initially when he was seen trailing by five points in the first game before recovering well with a strong counter-attacking display to take an early 1-0 lead in the match. Despite losing the next game, the nine-time national champion kept firing attacking shots to bag the third game comfortably.

Sirucek, a World No. 51, who was the chief architect during India's loss at the Team Olympic Qualifier last year, managed to come back in the fourth game and kept his challenge alive. However, the seasoned campaigner Sharath held his nerves in the deciding game and completed a remarkable 3-2 win.

Sharath will now face a strong challenge from World No. 7 Lin Yun-Ju of Chinese Taipei in the pre-quarters on Thursday.