Watch: Spanish Paralympian's Table Tennis Skills Will Give You Goosebumps

A training video of Alberto Seoane, who took part in the Rio 2016 Paralympic Games, was shared by the official Twitter handle of the ITTF. 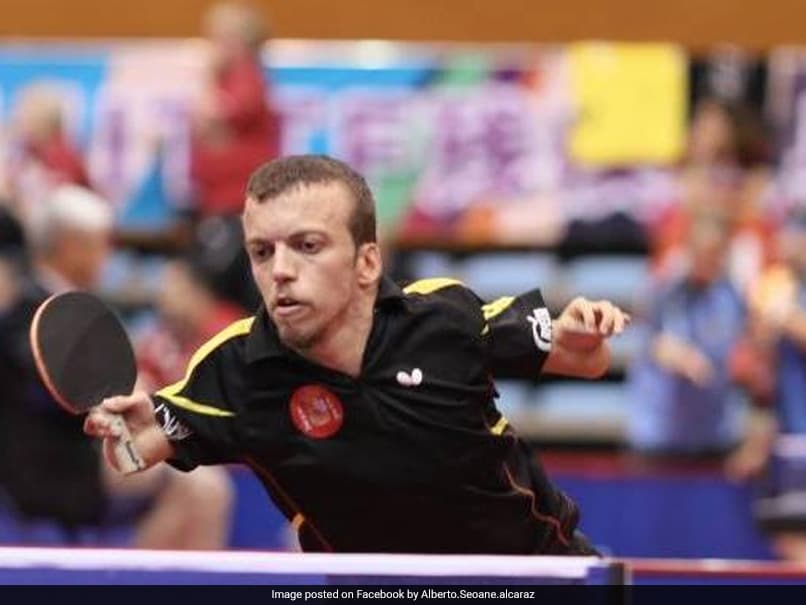 In these difficult times, motivation is essential to keep moving forward and Spanish Paralympian Alberto Seoane is doing just that. A video of the Spanish table tennis star, who took part in the Rio 2016 Paralympic Games, was shared by the official Twitter handle of the ITTF (International Table Tennis Federation) on Sunday where the para-athlete is seen sweating it out -- alternating between hitting powerful forehand and backhand shots. The Spanish Paralympian, like many other athletes around the world, would have been severely affected by the coronavirus pandemic with training and tournament schedules taking a massive hit. Spain was one of the worst-hit countries in the world with over 2,50,000 cases and 28,403 deaths due to the coronavirus.

The 2020 Tokyo Olympics, scheduled to be held from July 24-August 9, was also postponed by a year. This was the first postponement of an Olympics in peacetime.

There is still a lot of doubt surrounding the Tokyo Games. Many fear that the Games could be scrapped altogether, with several senior Olympic officials saying the Tokyo Olympics must take place next year or not at all.

Tokyo 2020 organisers have refused to put a price tag on the additional costs of postponing the Games by one year, but the International Olympic Committee (IOC) has set aside $800 million.

And if the Games do take place without the safety net of a widely available vaccine, there could be enormous challenges in screening tens of thousands of people from all corners of the world.