Nepal table tennis player Elina Maharjan was in tears as she recounted how friends had been killed and injured when the 7.8-magnitude quake pummelled the Himalayan region on Saturday. 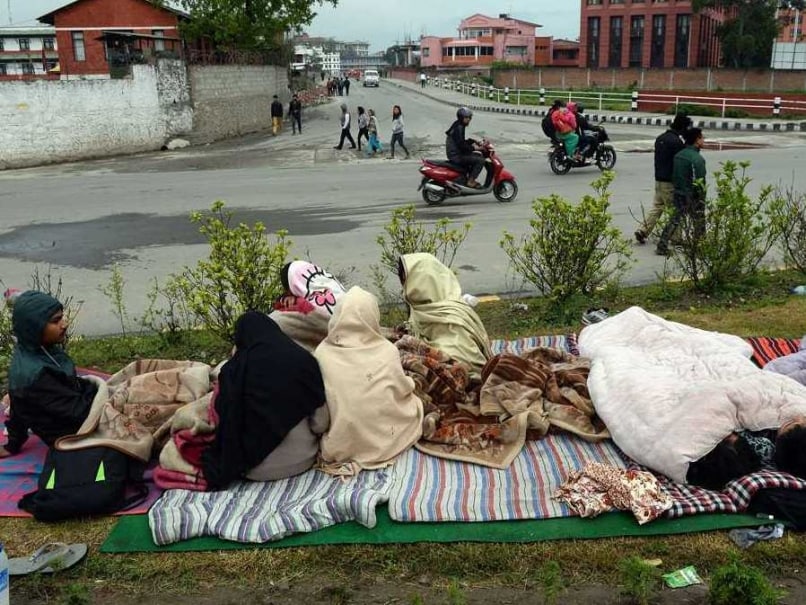 Nepalese people rest in a makeshift shelter near a road in Kathmandu© AFP
Suzhou, China:

Nepalese players at the World Table Tennis Championships in China mourned victims and fretted about the survivors after the huge earthquake in their homeland which killed more than 3,200 people.

Nepal's Elina Maharjan was in tears as she recounted how friends had been killed and injured when the 7.8-magnitude quake pummelled the Himalayan region on Saturday.

"It's hard to play, I just pray that everyone is safe," she said after losing out in a women's doubles qualifier, according to a press release from organisers.

"Some people I know are hurt, and some friends are dead. It's very painful."

Her doubles partner Nabita Shrestha said: "There could be another earthquake strike at any time and my parents and my family are staying (outside in a tent), so it is quite difficult.

"My old house got destroyed, but thank God nobody was sitting around there."

International Table Tennis Federation president Thomas Weikert spoke to the Nepalese players and offered his condolences, according to the ITTF release.

Comments
Topics mentioned in this article
Other Sports Table Tennis
Get the latest updates on IPL 2021, IPL Points Table , IPL Schedule 2021 , live score . Like us on Facebook or follow us on Twitter for more sports updates. You can also download the NDTV Cricket app for Android or iOS.