Manika Batra led India to its first-ever gold medal in the Women's Team category at the 2018 Commonwealth Games. 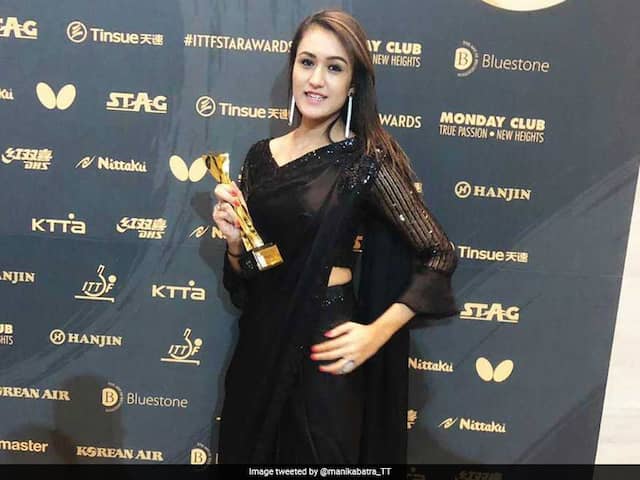 Manika Batra reached her career-best ranking of 52 in 2018.© Twitter

Manika Batra became the first Indian to win a 'Breakthrough Table Tennis Star' award at the prestigious ITTF Star Awards in South Korea on Wednesday. "I am really honoured and happy to have received the award. I feel 2018 has been the best year of my career so far and I am happy for what I have achieved. I would like to thank the Government, the Table Tennis Federation of India (TTFI) and most importantly, my family, who has been there for me and motivated me along this journey," Manika Batra said at the ceremony.

Manika started the year on a high at the 2018 Commonwealth Games, guiding India to its first-ever gold medal in the Women's Team category as they defeated four-time gold medallists and defending champions Singapore 3-1.

She bagged another gold in the Women's singles category and defeated former World No.4 Feng Tianwei on her way to the first spot.

She added two more medals to her kitty by taking a silver in the women's doubles and a bronze in the mixed doubles categories.

The 23-year-old Arjuna awardee then partnered India's Sharath Kamal to clinch a bronze in the mixed doubles category of the 2018 Asian Games in Jakarta, Indonesia.