The footage shows a man, allegedly a 19-year-old coach of Chhattisgarh table tennis team, dragging a female team member out of her room in the wee hours of December 26 2014. 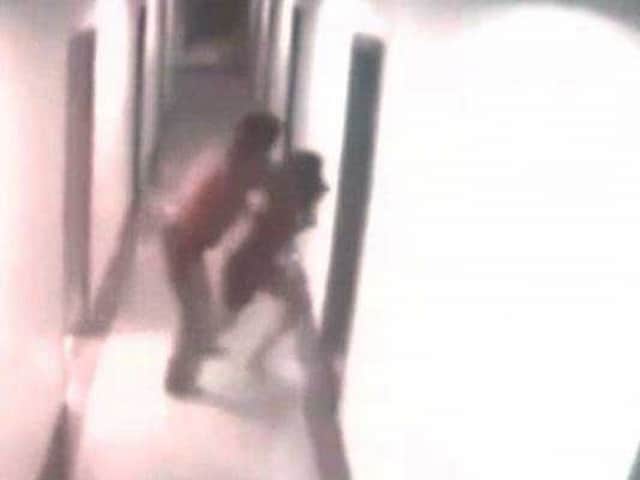 A female table tennis player and a male coach from Chhattisgarh have been suspended after CCTV footage showed them jostling in their hotel corridor. The incident happened during the 76th National Cadet and Sub-Junior Championship in Rajahmundry, Andhra Pradesh from December 22 to December 27, 2014.

The footage shows a man, allegedly a 19-year-old coach of Chhattisgarh table tennis team, dragging a female team member out of her room in the wee hours of December 26 2014. Chhattisgarh State Table Tennis Association general secretary Amitabh Shukla has resigned from his post after the revelation. A three-member panel was setup to investigate the incident.

Sharad Shukla, the president of Chhattisgarh State Table Tennis Association, told NDTV on Tuesday, "I got a report of this incident on December 31. We found out that the player and coach were fighting over a mobile phone, which is seen on the CCTV footage. This was a fight over a phone and nothing else."

"We have suspended both coach and the player," Shukla confirmed.

Speaking to NDTV, Dhanraj Choudhary, the general secretary of Table Tennis Federation of India said, "This unfortunate incident came to us only two days ago. We have asked the Chhattisgarh association to give us the complete report. Till we get the report, I cannot comment."

"We have told the state association that we want an independent and neutral inquiry and want to know what exactly happened.

"I am really unhappy about the nomination of a 19-year-old as coach. We will take serious view and action against the state association. We have an executive board meeting on January 17. We will discuss this matter there," he added.