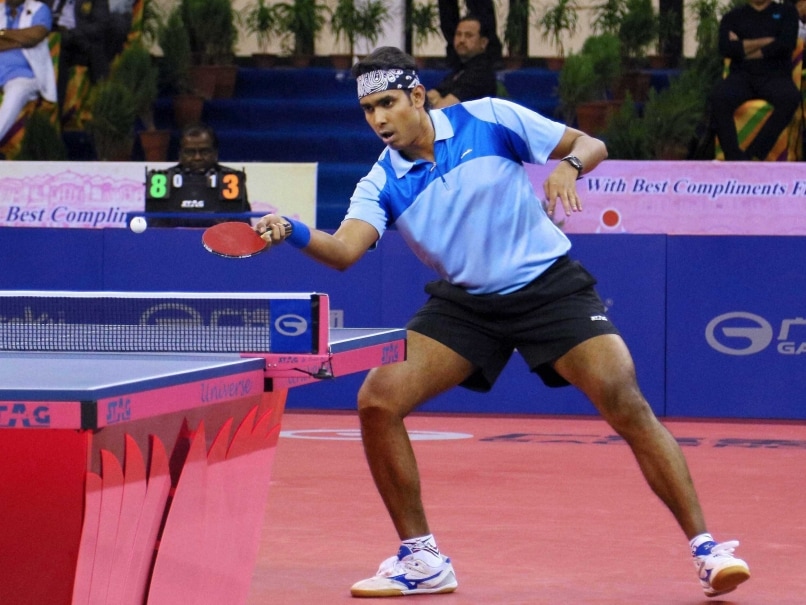 India's ace table tennis star Achanta Sharath Kamal got past two of his formidable opponents on Friday to enter the quarterfinals of the 28th Asian Cup Table Tennis.

An elated Kamal summed it up in one sentence after the two matches: "It has to be one of the biggest days in my career!"

As for other Indians, Soumyajit Ghosh and G Sathiyan failed against their higher-ranked opponents, losing to Tang Peng and Yang Zi, respectively, in three straight games and then losing the other matches too to bow out from their respective group without a solitary win.

In the women's encounters, Mouma Das managed a futile win against Iran's Neda Shahsavari 11-4, 11-8, 11-2 in group D to finish second behind group winner Nanthana Komwon, who qualified for the play-off knockout scheduled for Saturday.

Poulami Ghatak, who failed to win a match, finished last in her group.