"Hi guys! We realise that our daughters images were captured at the stadium yesterday and widely shared thereafter," Kohli and Anushka wrote in an Instagram story. 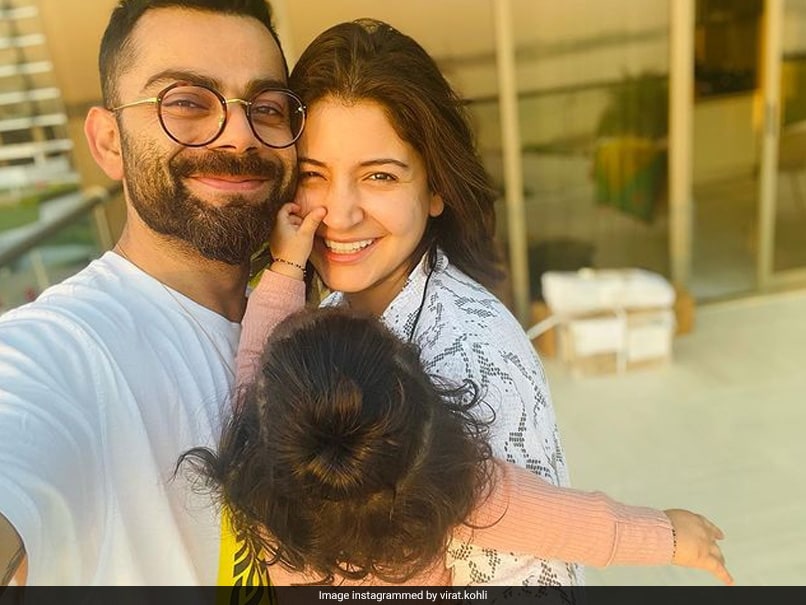 Virat Kohli issued a statement on Monday, a day after photos and videos of daughter Vamika went viral on social media during the India vs South Africa third and final ODI at Newlands in Cape Town on Sunday. The former India captain and his wife Anushka Sharma posted Instagram stories on their respective official handles to request not to click photos of their daughter. Virat and Anushka said they were "caught off guard" but their stance regarding privacy of their daughter remained the same. "Hi guys! We realise that our daughter's images were captured at the stadium yesterday and widely shared thereafter," Kohli and Anushka wrote in their Instagram stories.

Photos of Anushka holding Vamika, who turned 1 this month, in the stands at Newlands went viral on Sunday. Anushka was seen clapping and cheering as Virat Kohli reached his fifty in the third ODI against South Africa.

"We want to inform everyone that we were caught off guard and didn't know that the camera was on us. Our stance and request on the matter stays the same.

"We would really appreciate if Vamika's images are not clicked/ published for reasons we have explained earlier. Thank you!" the duo added.

Notably, Virat and Anushka have made constant efforts to keep their daughter away from the limelight. Last month, before heading to South Africa, while getting off the team bus Kohli had requested the paparazzi stationed outside the airport gates to avoid snapping pictures of his daughter.

Last year in an Instagram 'Ask Me Anything' session, when enquired why the couple doesn't post pictures of Vamika on social media, Kohli had said, "we have decided as a couple to not expose our child to social media before she has an understanding of what social media is and can make her own choice."

Meanwhile, India lost the third ODI by four runs to end the South Africa tour on a disappointing note. India were whitewashed 0-3 in the ODIs a few days after losing the Test series 1-2.

Kohli, who scored two fifties in the three ODIs, has entered a new chapter in his life after stepping down as India's Test captain.

India's next assignment will be the home series against West Indies.