SA vs IND: South Africa eased to a comfortable win in the second ODI against India on Friday to add a richly-deserved 50-over series triumph to their victory in the Test series against the tourists. 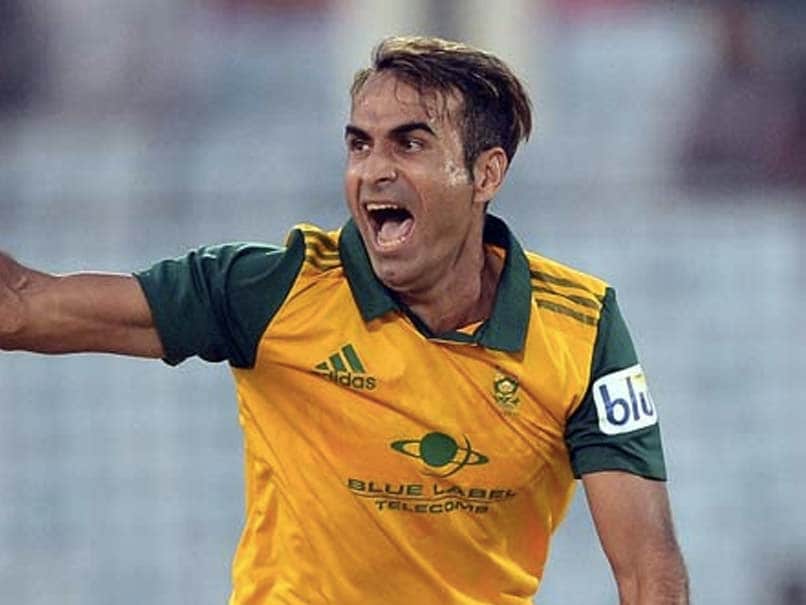 Former South Africa spinner Imran Tahir feels that the Indian cricket team's overconfidence is the biggest reason that the visitors have lost both the Test and ODI series against Proteas. South Africa eased to a comfortable win in the second ODI against India on Friday to add a richly-deserved 50-over series triumph to their victory in the Test series against the tourists. Imran Tahir is currently part of the World Giants team in the Legend Cricket league and is playing in Oman.

"I don't judge any team but India is a very good side and this South African team is just growing up and India misjudged them and they were overconfidence that they can defeat this team easily and this is the main reason for Indian side defeat," Imran Tahir told ANI after the match against Asia Lions.

"India dominating world cricket in Test and one day both from last 4 to 5 years but this Proteas team played very well and they took good advantage of their home conditions and turned it into victory," said the spinner.

South Africa defeated India in the Test series before ODI.

"This is the biggest victory than anything I believe this win is very special as this team is too young and they beat the nation who is dominating both formats for a long time. SA played so well and locked both series," added Imran.

World Giants lost the match against Asia Lions after setting up a whopping total of 205. Misbah Ul Haq's team chased up the target in a nail-biting thriller with the help of the wonderful batting of Tillakaratne Dilshan and Upul Tharanga. "This type of league is too good and I wish it will continue like this in upcoming days so we retired cricketers will meet up and play," said Imran.

Imran Tahir South Africa vs India 2021/22 Cricket
Get the latest updates on Fifa Worldcup 2022 and check out  Fifa World Cup Schedule, Stats and Live Cricket Score. Like us on Facebook or follow us on Twitter for more sports updates. You can also download the NDTV Cricket app for Android or iOS.