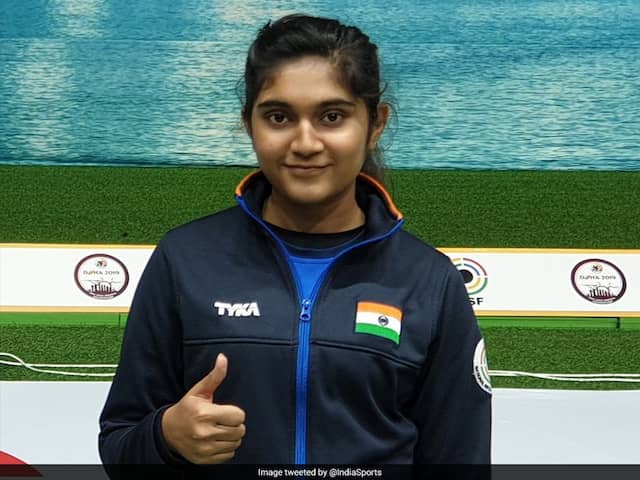 Esha Singh, 15, said her main aim was to perform well in the Olympics for India.© Twitter

The shooter, who won gold in the second edition of the Khelo India Youth Games, was impressed with the way the tournament was being organised. She added that the competition boosted her confidence for the rest of the tournaments in 2019.

"I won gold in the second edition of the Khelo India Youth Games. I participated in the 10m air pistol event (U-17 category). I won a silver in the mixed team event as well in the same competition.

The 15-year-old, who has performed well in the junior circuit, put up a brilliant show in the nationals in 2018. Singh won gold in each of the categories in the nationals -- senior, junior and youth.

"I won gold in the Asian Championship (junior category) last year and individual silver in the Junior World Cup. I won gold in the senior, junior and youth categories at the nationals in 2018. My main aim is to perform well at the Olympics. It would be great to win a medal for India," Singh signed off.