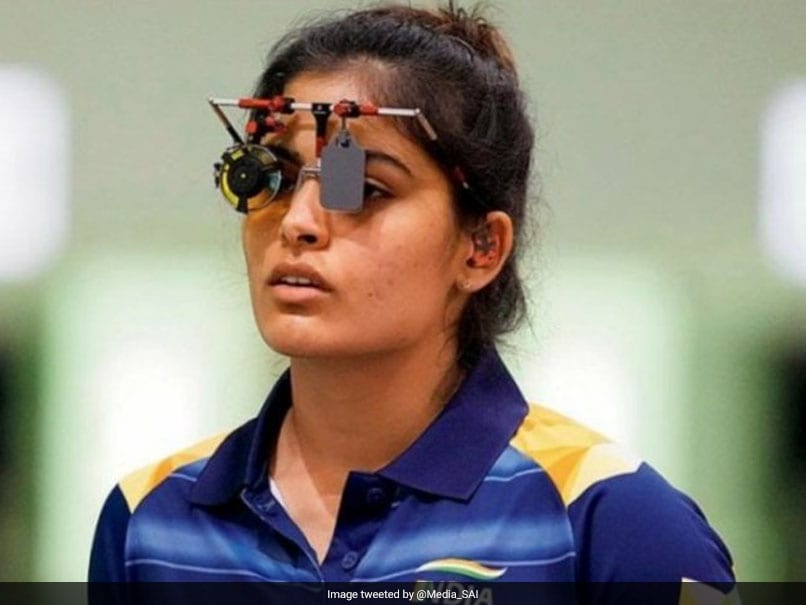 India's woman pistol ace Manu Bhaker and Iran's reigning Olympic champion Javad Foroughi, won the 10M Air Pistol Mixed Team gold at the ongoing International Shooting Sport Federation (ISSF) President's Cup Rifle/Pistol in Wroclaw, Poland, late on Friday. The Indo-Iranian pair got the better of the French-Russian duo of Mathilde Lamolle and Artem Chernousov 16-8 in the gold medal match. Manu and Javad had placed third in the qualification with a combined 582/600 to qualify for the first semi-final where they topped the field of four pairs to make it to the final.

Lamolle and Artem came through by winning the second semi-final.Among the other Indians in the field, Abhishek Verma paired up with Ukrainian Olena Kostevych to finish sixth while the pairing of Saurabh Chaudhary and Swiss Heidi Gerber Diethelm also made it among the top eight semi-finalists to finish seventh.

Yashaswini Deswal, the fourth Indian in the fray, who was paired with Slovakian Juraj Tuzinsky, ended 10th among the 12 teams in the competition.International Mixed Teams were formed by the ISSF randomly in accordance with the draw.

The inaugural ISSF President's Cup is a rechristened version of the ISSF World Cup Finals, where the year's top 12 athletes according to World Ranking are invited to determine the best individual athletes of the year in the respective Olympic events.

Individual winners will be awarded The Golden Target along with prize money. Cash awards will also be awarded to all athletes in the individual competitions.Saturday, day three of competitions, has the first of four individual finals on schedule.

Indian interests lie in the Men's and Women's 10m Air Pistol competitions where Manu has made it to the semi-finals along with both Saurabh and Abhishek in the Men's competition.

Comments
Topics mentioned in this article
Manu Bhaker Shooting
Get the latest updates on IPL Auction 2023 and check out  IPL 2023 and Live Cricket Score. Like us on Facebook or follow us on Twitter for more sports updates. You can also download the NDTV Cricket app for Android or iOS.